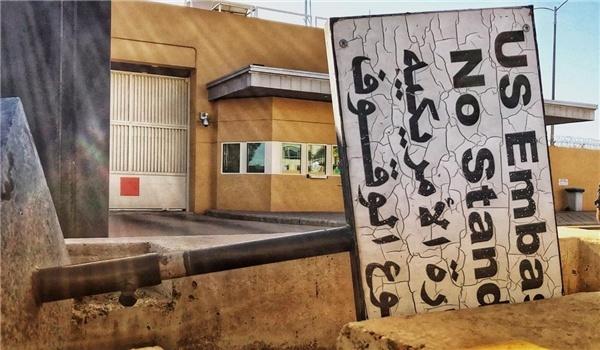 TEHRAN (FNA)- Iraqi Shia cleric Muqtada al-Sadr demanded that Iraqis stage a “million-man march” against the continued US military presence in the country, days after the parliament voted to expel the American troops following an assassination operation by Washington on Iraqi soil.

The march was needed “to condemn the American presence and its violations”, Sadr, who leads the largest parliamentary bloc, Sairoon, said in a tweet on Tuesday.

“The skies, land, and sovereignty of Iraq are being violated every day by occupying forces,” he added.

The cleric, however, cautioned that such a show of popular disapproval should be a “peaceful, unified demonstration”, without giving any location or date for the rally.

Sadr in a meeting with leaders of the country’s popular forces on Monday conferred on ways to end the US occupation of Iraq.

Sadr condemned parliament’s resolution as a “weak response”, stating that the move fell short of an appropriate reaction to recent developments in Iraq and calling on armed groups in Iraq to unite.

Following the parliamentary vote, the office of Iraq’s caretaker Prime Minister Adel Abdul-Mahdi asked Washington to dispatch a delegation to Baghdad to initiate preparations for the withdrawal of the American troops, who number around 5,200.

In response, President Donald Trump threatened to sanction Iraq “like they’ve never seen before ever” if Baghdad were to expel US troops.

Also on Tuesday, the Iraqi military announced that Katyusha rockets have hit an airbase North of the capital Baghdad, which houses the US-led coalition forces. The statement from Iraq’s military added that Camp Taji had been targeted by Katyusha rockets but reported that there were no casualties, with no group claiming responsibility for the attack.

On Sunday, four people were wounded after eight Katyusha rockets were fired at Balad airbase, which houses US personnel about 80 kilometers North of Baghdad.