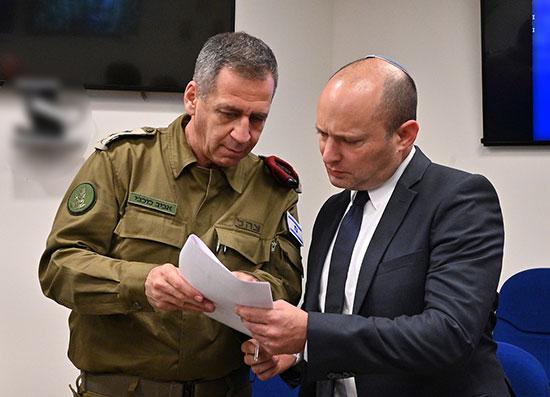 Opinion: The military and security services provided the political leadership with the freedom to invest in civil society, in future strategy and planning, but those leaders squandered the opportunity, choosing instead to indulge in endless election cycles

When Israel’s Military Intelligence says there is a low probability of war instigated by its enemies in 2020, it does not mean there will be no war.

We are in a volatile region that is affected by different variables – from the U.S. elections next fall to the ongoing proxy power struggle in Iraq.

An armed conflict can break out at any time and for any number of reasons.

After a year of political chaos, as leaders were making dire warnings about Iranian troops clambering over our border fences and missiles already speeding towards Tel Aviv, the Military Intelligence assessment affords politicians an opportunity to embark on non-defense initiatives without the pressure of an imminent military threat.

It is an opportune moment to invest in the economy, education and failing health system, and the politicians should take advantage of it.

If Defense Minister Naftali Bennet pushes the government to opt for attacks on Iranians in Syria, that too should be invested in, to ensure a proper outcome.

Will the next elections result in a government that would be able to recognize such opportunities? Not likely.

This past decade was relatively calm, but still the government squandered every opportunity afforded by the military. There was no bloody Palestinian uprising nor ongoing war with Lebanon as in previous decades.

The past 10 years instead saw a decline in the number of Palestinian terror attacks and the northern front was virtual silent, while the IDF’s operations against Iranian entrenchment in Syria had no real effect on the life of civilians.

The Iron Dome missile defense system came into use during this period, changing the way both the military and political leaderships could evaluate threats.

Not every missile launched from Gaza necessitated a march to war once the defense system was operational – allowing the decision-makers time to decide how and when to respond.

Any missiles fired by Iran and its proxies in the north would also be dealt with in the same manner. Israel will not have to begin a war in order to mitigate their effect.

The politicians have so far squandered their freedom of operation, afforded by relatively calm borders, secured by the military.

It is unlikely that 2020 will end with a different outcome especially since it will likely be wasted on more elections.