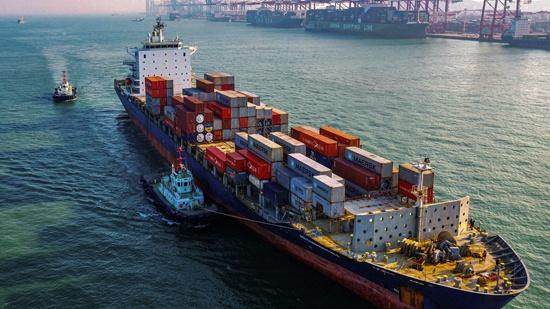 The first part of a broader trade agreement between the world’s top economic superpowers was finally inked on Wednesday with the US suspending new tariffs in exchange for Chinese purchases of $200 billion in American goods.

The accord, signed by President Donald Trump and Chinese Vice Premier Liu He, puts on pause the simmering trade row between Washington and Beijing. The more than year-long trade conflict resulted in multiple rounds of tit-for-tat tariffs on billions worth of goods.

China will purchase a total of $200 billion more in US goods over two years than it did in 2017, according to the deal text, which breaks down those purchases into categories of agricultural products, manufactured goods, services, and energy products.

Beijing is set to gradually increase imports of American goods, as the agreement stipulates that it will buy $77 billion in additional goods and services in 2020 and $123 billion in 2021.

Beijing will also “significantly reduce” the waiting period for authorizing US agricultural biotechnology, and the deal includes a provision prohibiting “misappropriation of trade secrets through electronic intrusions.” A chapter on technology transfer bars Beijing from offering incentives to motivate tech transfer, US Trade Representative Robert Lighthizer announced. The deal includes detailed provisions on patent protections, including a requirement Beijing forfeit any machinery used to produce counterfeit goods, but does not include data protections for biologic drugs.

China has agreed to avoid “competitive devaluation” of its currency, with monthly publication of exchange rates and balances to ensure compliance, the US Treasury revealed, and officials said the deal includes improved access to China’s financial services market for US companies. The agreement goes into effect 30 days from signing.

The signing was preceded by Trump’s speech in which the President thanked officials who have worked on the deal and said he would visit China soon.

After several rounds of talks, the US and China initially reached “a historic and enforceable agreement” in December, averting a new round of tariff hikes. Since then, the two sides have been working on the details and translating the 86-page document.

The two biggest economies in the world were close to striking a comprehensive trade deal back in May. However, they failed to reach an agreement, with Trump accusing Beijing of backtracking on its commitments. Beijing denied any wrongdoing and accused Washington of escalating the trade war.