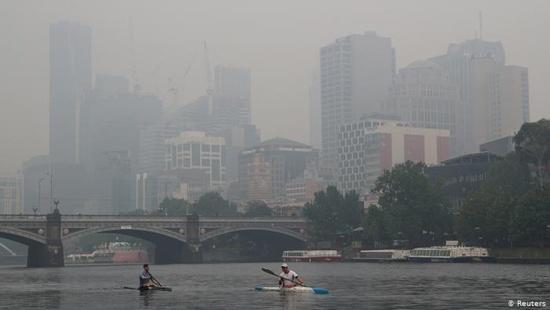 Thunderstorms have dumped much-needed rain on bushfires but may cause other problems. More rain is forecast across parts of eastern Australia over the weekend.

Torrential downpours drenched much of bushfire-ravaged eastern Australia on Friday, providing a second day of much-needed relief to firefighters battling a months-long crisis.

“Rain has fallen across most firegrounds over the last 24 hours which is great news! Our fingers are crossed that this continues over the coming days,” New South Wales Rural Fire Service said on Twitter.

The rain has helped, but 82 fires are still burning across the state and 30 are still not contained. Dozens of fires were burning in neighboring Victoria state.

Since September, bushfires have killed 29 people, destroyed thousands of homes and decimated an area larger than South Korea. An estimated one billion wildlife and livestock have been killed, raising concerns that some threatened populations may never recover.

In some parts of eastern Australia, drought-hit communities received more rain in the last 24 hours than they did in all of December. Forecasts of more rain over the weekend in NSW, Queensland and Victoria state offered a further glimmer of hope.

“It won’t put all these fires out but certainly it’s slowed them right down and I think it’s given a significant morale boost,” Rural Fire Service deputy commissioner Rob Rogers told Channel Seven television on Friday.

However, the deluge also raised the prospect of flooding as dry-caked soil and hills hit by a three-year drought fail to absorb water.

Local media reported a large number of fish dying in rivers that were poisoned by muddy ash run-off.

Muddy back country roads and downed trees could also make it harder for firefighting trucks to venture deep into forests, authorities have warned.

Severe thunderstorms also knocked out power to nearly 10,000 homes and businesses, according to power provider Ausgrid.

At least 16 dead in Armenia-Azerbaijan clashes over disputed region

US Tells Iraq That It May Pull Out Of Baghdad Embassy