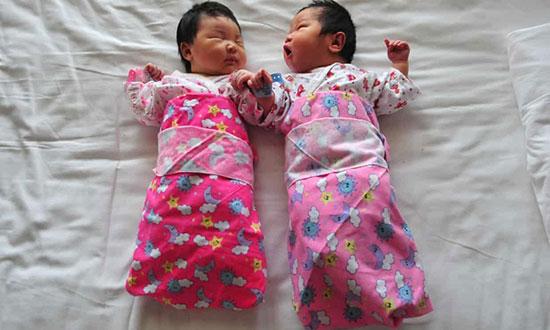 Lily Kuo in Beijing  –  The Guardian

Many families in China have chosen not to have more than one child, citing costs of education and housing. Photograph: Frederic J. Brown/AFP/Getty Images

China’s birthrate in 2019 fell to the lowest level since the country’s founding, according to new government data, a sign that efforts to head off a demographic crisis have not been successful.

The National Bureau of Statistics said on Friday that the country’s birthrate was 10.48 per thousand, the lowest figure since 1949 when the country was founded and the third year in a row that the rate has fallen.

Ning Jizhe, director of the bureau, said that although the birthrate had fallen further in 2019, the decline was less than the previous year when the rate fell to 10.94 per thousand, from 12.43 in 2017. Ning said that 14.6m births last year, a drop of about 500,000, was “still a relatively large number”, according to state media.

As China faces an increasingly elderly population, the fastest-growing segment of the country, policymakers have made efforts to bolster the population after decades of strict family planning, better known as the “one child policy” that restricted many families to one offspring since the early 1980s.

In 2015 China reversed the policy to allow all couples to have two children and policymakers have since hinted that restrictions could be dropped altogether.

But many families have still chosen not to have more children, citing the high costs of school, housing and medical care. Others said the energy required to ensure their children can compete in modern Chinese society was too exhausting. Divorce rates have increased and more women were marrying later or not at all.

Experts said it was difficult to change habits in a society built around single-child families and that birthrates were likely to continue to fall.

Demographers said China’s population would begin to shrink in the next decade and by 2050 people over the age of 60 would account for a third of the population. That would strain public services as well as their children, many of them only children, who would bear the brunt of caring for their elderly parents.