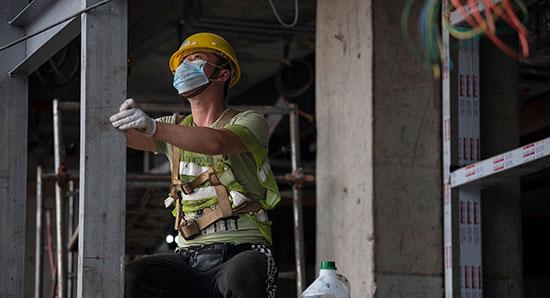 Summary:  China is trying to repave the road to international development by emphasizing commercial ventures instead of handouts. But there have been plenty of bumps along the way.

What is different about China’s vision of international development?

In the West, international development has come to be associated with governments, multilateral lenders, and NGOs in wealthy countries providing development assistance to poor countries. But for China, development is not primarily about aid. Instead, Chinese approaches to development are based on the country’s own headlong drive in the post-Mao years to achieve high growth and improve material living standards.

For better or worse, this understanding of, and focus on, domestic development has carried over into Chinese foreign policy. Beijing’s international development narratives and policies encompass a wide range of often state-backed commercial engagement from trade and investment to lending. Aid, as understood in the West, plays only a marginal role. Former World Bank chief economist Justin Yifu Lin has been a vocal proponent of this alternative Chinese vision of development. His book Going Beyond Aid is emblematic of China’s commerce-is-development view.

Recently, the gap between the Western and Chinese approaches to international development has become a source of friction over whose model works better. The result is that many developing countries, in a situation reminiscent of the Cold War when American and Soviet competition for influence in the “Third World” often forced countries to pick a side, have found themselves caught in the middle.

What does China offer developing countries, and what does it get in return?

China’s diplomacy with developing countries, and indeed the heart of its foreign economic policy, is based on an alleged virtuous circle. Beijing touts the idea that its trade, investment, and lending produce economic development opportunities for both China and its developing country partners. In turn, China argues, this economic development underpins China’s own social and broader geopolitical stability.

Matt Ferchen is Head of Program, Foreign Relations at the Mercator Institute for China Studies, and a former nonresident scholar at the Carnegie-Tsinghua Center for Global Policy.

This is the purported logic behind China’s rhetoric about win-win outcomes. But increasingly, many developing countries in Africa, Latin America, and Asia wonder whether Beijing’s vision is a good match for their own interests.

For example, some commodity-rich South American countries like Brazil have long expressed concerns about their trade and investment relations with China simply repeating historical cycles of commodity dependency (where a country leans too heavily on exporting its raw materials and agricultural products, instead of more profitable finished goods and services).

And in Southeast Asia, countries such as Myanmar have tried to move away from a perceived overdependence on China by redoubling their efforts to find alternative commercial and diplomatic partners, such as the United States and Japan. In South Asia, the now infamous Hambantota port deal in Sri Lanka (where Sri Lanka ended up selling a port to China to pay off the debt accrued by building it) has crystalized concerns that some Chinese loans-for-infrastructure deals might create unsustainable debt burdens that harm countries’ development aims.

No, the introduction of the BRI has not fundamentally altered China’s development-themed approach to foreign economic policy. For example, before the BRI was rolled out in 2013, China was already promoting loans-for-infrastructure deals in Africa, Latin America, and Asia. The rhetoric of win-win, South-South ties was also well in place prior to the introduction of the initiative. But under the BRI label, China has doubled down on this pitch, billing itself as a leader of international development with a focus on infrastructure and “connectivity” more generally.

Yet the BRI has exacerbated many of the existing flaws in China’s development policy, such as unsustainable debt and environmental damage. Before the rollout of the initiative, China was already mired in an unsustainable loans-for-oil arrangement with Venezuela. Therefore, more recent concerns about poorly conceived and executed loans-for-infrastructure deals in Sri Lanka and Malaysia should come as little surprise. China seems only belatedly, and fitfully, to be understanding that simply throwing money at infrastructure and other connectivity projects in developing countries may not turn out as planned.

As for China’s new development agency, it is still too early to judge the long-term impact. But given that traditional Official Development Assistance (ODA)-type “assistance” (money given directly to countries’ governments) is such a peripheral aspect of China’s broader approach to development, the new institution is unlikely to change China’s expansive and often self-serving commerce-is-development perspective.

Does China itself still count as a developing country?

Despite its dramatic increases in wealth and global influence over the last four decades, China still insists on seeing, and promoting, itself as a developing country.

Indeed, according to the IMF, China’s GDP in PPP terms sits at just over $18,000, placing it behind countries like Mexico, Equatorial Guinea, and the Maldives. This highlights the distance between China and the world’s wealthiest countries, at least in per capita terms.

For at least a decade, China’s leaders have been preoccupied with avoiding the “middle income trap,” where rising wages cause a country to lose its competitive edge in exporting manufactured goods. This partly explains Beijing’s search for new drivers of growth at home and abroad.

Yet for all of China’s insistence that it is still a developing country, much of the rest of the world isn’t buying it. Many nations view Beijing’s claim to developing country status as out of touch with how China deploys its wealth and power on the global stage. This begins with the simple fact of China’s size, in terms of geography, population, and economy. Such skepticism is also tied to Beijing’s explicit ambition to become a global leader in technology and innovation, as well as its growing willingness to challenge international economic and security institutions and norms supported by the United States and Europe since World War II.

What vision of development does China promote within organizations like the UN?

China is trying to influence multilateral institutions’ development agenda. In some cases, it works to shape the tone and content of top objectives like the UN’s Sustainable Development Goals. Part of its strategy is to try to change global norms about what development is and is not (e.g. it downplays the importance of issues like human rights) and what it can achieve.

In September, Chinese Foreign Minister Wang Yi claimed that “development is the master key to solving all problems.” Beijing has put a great deal of effort into arguing that the BRI supports better “global governance” through the provision of “public goods” such as China-backed infrastructure.

One important aspect of China’s involvement in organizations like the UN has been overlooked. It is the dubious idea that Beijing’s approach to development provides an effective solution for hard-core security problems. Yet even as China’s top diplomats have pushed the extreme idea that development is a fix-all, even for solving seemingly intractable conflicts in places like South Sudan, Xi Jinping himself has recently admitted that there are limits to what development can achieve within China itself. For example, in leaked documents about Chinese mass detentions of Muslim minorities in Xinjiang, Xi noted  “We say that development is the top priority and the basis for achieving lasting security, and that’s right…But it would be wrong to believe that with development every problem solves itself.”

Up until now, such caveats have been few and far between in China’s development-focused diplomacy. Yet the time for more self-reflection from China about its ambitious development claims is well past due. Beijing’s insistence that development is a universal cure, including for countries in conflict, is based on unrealistic assumptions. One only has to look at countries like Venezuela and Myanmar to see that China’s complex involvement through trade, investments, and loans has not untangled those countries’ troubles.

Venezuela may be the most egregious case of the disconnect between China’s rhetoric of win-win development and the deeply troubled condition of both Venezuela itself, and Beijing-Caracas relations. But China’s ambitions to develop the China-Myanmar Economic Corridor are also likely to run into the harsh realities of the fraught ethnic or religious tensions in regions through which the corridor is planned.

Why is the West suspicious of China’s vision of international development?

Some in the West and in Asia believe that China seeks economic and geopolitical leverage over its developing country partners. U.S. officials are concerned about what they see as China’s predatory lending in Latin America, Africa, and Asia. And in many developing countries, civic activists, government officials, and researchers worry about the financial, environmental, social, and political sustainability of many China-led commercial projects.

In some cases, China may be listening to such critical feedback. There were official Chinese statements at the second Belt and Road Forum in April 2019, about the need for the BRI to include sustainable debt and environmental policies. Yet how committed and able Chinese leaders or firms are to actually putting such commitments into practice remains to be seen.

What are the risks to China’s approach?

The debate about China’s model of development and its impact has tended to focus on China’s state-led capitalist approach to foreign economic policy, in which the state, not private enterprises and banks, makes business decisions and controls production.

But in some cases, an altogether different aspect of the “China model” of development has been even more disruptive. In China’s freewheeling, Wild-West version of capitalism, risk-tolerance and rule-dodging can often be sky high. In other parts of Asia especially, the activities of Chinese property speculators, commodity traders (trafficking in goods like jade or teak or methamphetamines), and illicit online gambling dens have been equally or more difficult to track and regulate than any Chinese state-owned enterprise. Coming up with regulatory and policy solutions to this problem is an urgent task for China and many of its neighbors.

How are other countries pushing back?

As the problems with Beijing’s approach to international development have mounted, China and its partner countries have entered a critical period of pushback, renegotiation, and learning. The cycle is perhaps most apparent in Southeast Asia, where for geographic, historical, and cultural reasons China’s insistence that development solves everything was bound to run into complications. In Myanmar and Malaysia, certain dam, port, and railway projects have drawn criticism from local communities and national governments. This has led to renegotiations of loan terms and construction timelines.

The big question is, who is learning what from these processes? Host countries, China, the United States, and other stakeholders with an interest in these issues need to share lessons learned and best practices. And governments, businesses, civil society organizations, and researchers in different parts of the world that are engaged with China’s international development ambitions should all be talking more with one another.

Matt Ferchen is head of program, Foreign Relations at the Mercator Institute for China Studies, and a former nonresident scholar at the Carnegie–Tsinghua Center for Global Policy.