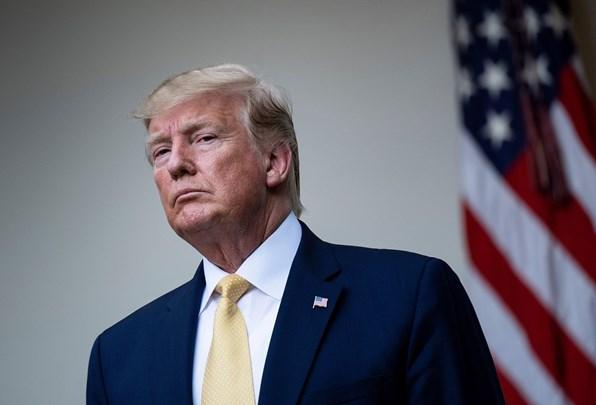 As the Senate opened an impeachment trial in which Donald Trump will stand charged with abusing the power of his office, the president was hit with new allegations of wrongdoing by an agency within Trump’s own administration.

The Government Accountability Office released a finding on Thursday morning that the suspension last year of military aid for Ukraine at Trump’s direction violated laws governing the disbursement of congressionally appropriated funds.

Trump caused the law to be broken, the agency found. The White House did not immediately respond to the allegation of criminality.

The opening of the Senate trial on Thursday brought the impeachment inquiry closer to its climax, nearly four months after Nancy Pelosi announced the investigation into Trump’s alleged scheme to pressure Ukraine to investigate his political rival Joe Biden.

Trump, only the third president in US history to have been impeached, now faces a trial due to begin next week. The proceedings could result in the president’s removal from office – but that is seen as unlikely.

A group of seven impeachment managers from the House, led by the intelligence chair, Adam Schiff, arrived just after noon to the Senate chamber, where they were announced by the sergeant at arms, Paul Irving, reading from a historic script.

“Hear ye, hear ye,” Irving said. ‘‘All persons are commanded to keep silence, on pain of imprisonment, while the House of Representatives is exhibiting to the Senate of the United States articles of impeachment against Donald John Trump.”

Schiff then read the articles of impeachment – the first charging abuse of power, the second charging obstruction of Congress – to the senators, each of whom was seated at her or his individual desk.

Later, the US supreme court’s chief justice, John Roberts, was sworn in for his presiding role at the trial. He then swore in the 100 senators – 53 Republicans, 45 Democrats and two independents – as jurors. Each senator signed an “oath book” signifying a pledge of impartiality.

The Senate planned to reconvene for the trial at 1pm Tuesday, following the Martin Luther King Jr holiday.

A two-thirds majority of voting senators would be required to convict Trump and remove him from office, but he appears to be extremely well insulated against that possibility by Republican loyalists.

Despite his declaration last month that he could not be an “impartial juror” in the case, McConnell vowed on Wednesday night that each senator would weigh the case against Trump with care.

“We’ll pledge to rise above the petty factionalism and do justice for our institutions, for our states and for the nation,” McConnell said.

But McConnell was back in his partisan foxhole on Thursday morning, vowing that the Senate would check the “runaway passions” of the House and indicating that he would continue to press for a trial limited in scope.

“Now they want the Senate to redo their homework and rerun the investigation,” McConnell said. “It’s not what this process will be going forward.

“The House’s hour is over. The Senate’s time is at hand.”

The White House released a statement on Wednesday that said “President Trump has done nothing wrong” and “expects to be fully exonerated”.

Extraordinary restrictions were in effect on Capitol grounds, including the penning of reporters in the halls of the Senate. Their attempts to interview members of Congress were interrupted by an unusual number of police officers on the scene.

The Government Accountability Office finding that Trump’s Office of Management and Budget had broken the law by withholding aid to Ukraine did not pose an immediate legal hazard for Trump personally, and the president has not been charged with a crime.

But the finding could impose further stress on Trump’s Senate Republican defenders, who even before the trial began were lashing out at reporters asking about the continuing stream of evidence damaging to Trump.

The team of impeachment managers is led by Schiff and the judiciary committee chair, Jerry Nadler. Trump has reportedly tapped the White House counsel, Pat Cipollone, to lead his team.

The managers delivered the articles of impeachment to the Senate in a ceremonial procession on Wednesday evening. “We are here today to cross a very important threshold in American history,” Pelosi, the House speaker, said before a vote to transmit the articles.

The second-ranking member of the Senate, Chuck Grassley of Iowa, swore in Roberts on Thursday. The chief justice then administered this oath to the senators:

I solemnly swear that in all things appertaining to the trial of the impeachment of Donald Trump, now pending, I will do impartial justice according to the constitution and laws: so help me God.

Addressing her colleagues on the House floor on Wednesday, Pelosi sharply rejected criticism by Republicans that she had delayed transmission of the articles.

“Don’t talk to me about my timing,” she said. After months of resisting calls “from across the country” for Trump’s impeachment, she said, Trump ultimately “gave us no choice. He gave us no choice.”

Trump was impeached in December for an alleged scheme in which he pressured Ukraine to announce false investigations of the former vice-president Biden and then fought an inquiry into the scheme.

No US president has ever been removed through impeachment, though Richard Nixon resigned in the face of that prospect.

While Trump’s removal is unlikely, the trial holds political hazards for him. He succeeded in enforcing message discipline among Republicans as impeachment moved through the House last fall, but there were indicators that the conduct of some Republicans in the Senate would be more difficult to manage.

A group of moderate Republicans has expressed openness in recent weeks to hearing from witnesses and a desire to weigh the charges against Trump on the merits. Those positions could quickly wither under personal pressure from Trump, who has directed rage at any suggestion that his conduct was less than perfect.

House Republicans responded vigorously to Trump’s demands that they defend him, offering worshipful assessments of Trump’s conduct, which they said was motivated by Trump’s desire to fight corruption in Ukraine.

But that posture may become more difficult as new evidence continues to emerge of Trump’s alleged wrongdoing.

Trump “knew exactly what was going on” in a scheme to pressure Ukrainian officials to investigate Biden, that associate, Lev Parnas, told MSNBC on Wednesday night.