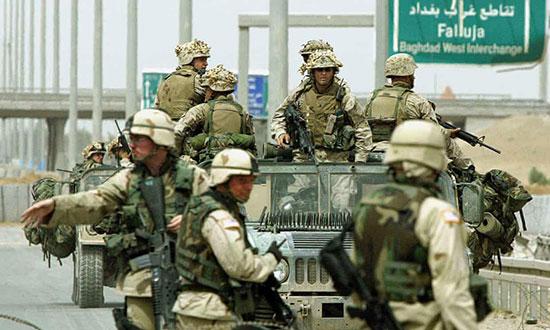 Some troops were transported to Germany, while others were moved to Kuwait, reporting symptoms of concussion. Iran fired dozens of missiles on January 8 and it was originally stated that there were no injuries.

Initially it was reported that were neither fatalities nor injuries, a claim backed up by US President Donald Trump.

However, Captain Bill Urban admitted: “While no US service members were killed in the January 8 Iranian attack on Al Asad Air base, several were treated for concussion symptoms from the blast and are still being assessed.”

“As a standard procedure, all personnel in the vicinity of a blast are screened for traumatic brain injury, and if deemed appropriate, are transported to a higher level of care,” he said.

As a result, some troops were transported from Al Asad Air Base in Iraq to Landstuhl Medical Center in Germany, while other soldiers were sent to Camp Arifja in Kuwait. These moves were a precautionary measure as the service members received “follow-on screening.”

Up to 1,500 US soldiers were deployed at the bases in the middle of Iraq’s Anbar desert.

Iran fired numerous missiles at two bases hosting US forces in Iraq on January 8. Initial fears of casualties were alleviated, particularly when, the day after the attack, President Trump said the nation should be “grateful” that no Americans were hurt.

Tehran said the attack was revenge for the assassination of General Qassem Soleimani, leader of the Islamic Republic’s elite Quds force, who died in a US drone strike near Baghdad’s airport on January 3.