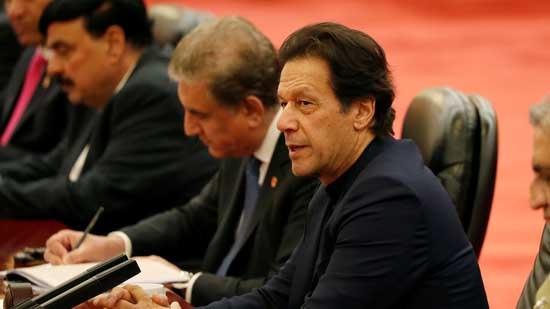 Islamabad is making every effort to defuse regional tensions between Iran and Saudi Arabia because if they spiral out of control, it could spell disaster for Pakistan, the country’s PM has warned.

While the Saudi Kingdom is “one of Pakistan’s greatest friends,” Islamabad has “always maintained a good relationship” with Tehran, and it won’t take sides in the longstanding row as the two rival powers vie for dominance in the region, Prime Minister Imran Khan told Deutsche Welle on Thursday.

Therefore, a military conflict between Saudi Arabia and Iran would be disastrous for Pakistan. We are trying our best to make sure that ties between these two countries do not deteriorate

While hinting that Islamabad may be poised to act as a mediator, Khan said that the region cannot “afford another conflict.”

In wake of the US drone strike on January 3 that killed an Iranian top commander, Qassem Soleimani, followed by Tehran’s retaliatory attack on Al Asad airbase in Iraq, which houses US troops, Khan has been vocal about the need to de-escalate the situation in the region as tensions near boiling point.

As part of his diplomatic push, Khan last week ordered Foreign Minister Mahmood Qureshi to meet with his counterparts in Iran, the US and Saudi Arabia, declaring that Pakistan was “ready to play its role for peace” but “can never again be part of any war.”

Soleimani’s assassination and Iran’s retaliatory strike brought the simmering tensions between Tehran and Washington to what many feared was the brink of an all-out war.

The flare-up saw Iran accidentally shooting down a Ukrainian passenger jet near Tehran, a tragic mishap for which the Islamic Republic profusely apologized, while blaming Washington for instigating the crisis.

While the situation has calmed somewhat since then, Tehran said it would not enter into any talks with Washington until it apologizes for previous wrongdoings and makes amends for its disruptive activity in the region.