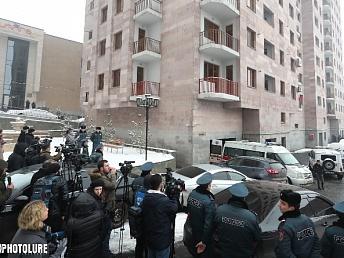 YEREVAN, January 18. /ARKA/. Armenia’s Investigation Committee has unveiled new details regarding the former director of the National Security Service (NSS) Georgy Kutoyan, whose body with a gunshot was found today in an apartment in Yerevan.

Arthur Melikyan, head of a department of the Investigation Committee, investigating serious crimes, said according to operational data, Kutoyan’s body was found by his wife. “When we arrived at the scene, his wife and father were there,” Melikyan said. He said the scene of the crime was being examined by forensic experts.

Also, the content of video cameras installed in the territory is being studied. He added that a gun was found near the body of Kutoyan. He said more details will be provided later. -0-