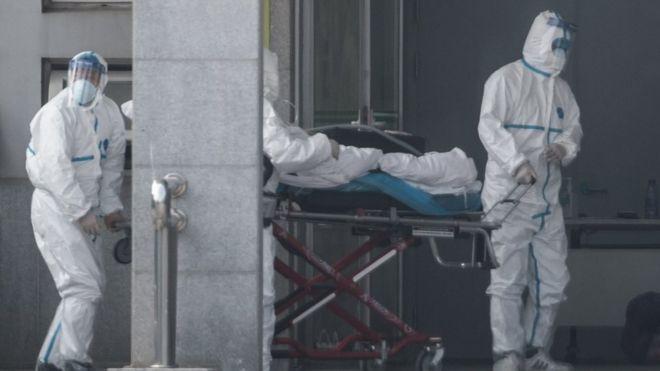 BBC.COM-Image copyright EPA Image caption The majority of cases have been detected in the city of Wuhan

Chinese authorities have reported 139 new cases of a mysterious virus in two days, marking the first time that the infection has been confirmed in the country outside of Wuhan city.

The new cases were identified in the cities of Wuhan, Beijing and Shenzhen.

The total number of confirmed cases now exceeds 200, and three have died from the respiratory illness.

The World Health Organization (WHO) said the number of cases rose because of “increased searching and testing”.

The new coronavirus strain first appeared in Wuhan in December and has already spread abroad, with two cases in Thailand and one in Japan.

Experts in the UK told the BBC the number of people infected could still be far greater than official figures suggest.

Authorities in the central Chinese city of Wuhan said 136 new cases had been confirmed over the weekend, and a third person there died from the virus.

As of late Sunday, officials said 170 people in Wuhan were still being treated in hospital, including nine in critical condition.

Health officials in Beijing’s Daxing district said two people who had travelled to Wuhan were treated for pneumonia linked to the virus.

In Shenzhen, officials said a 66-year-old man showed symptoms of the virus following a trip to visit relatives in Wuhan.

The WHO said “increased searching and testing for [the virus] among people sick with respiratory illness” had led to the jump in confirmed cases.

It said an “animal source seems the most likely source” of the virus, while there was “some limited human-to-human transmission occurring between close contacts.”

It added that people could reduce the risk of catching the coronavirus by taking measures such as avoiding “unprotected” contact with live animals, thoroughly cooking meat and eggs, and avoiding close contact with anyone with colds or flu-like symptoms.

China’s National Health Commission earlier said the virus was “still preventable and controllable”, while warning that close monitoring was needed given that the source, transmission and mutation methods were unknown.

The health body has promised to step up monitoring during this week’s Lunar New Year celebrations, when millions of people will travel to be with their families.

What is this virus?

Viral samples have been taken from patients and analysed in the laboratory and officials in China and the WHO have concluded the infection is a coronavirus.

Coronaviruses are a broad family of viruses, but only six (the new one would make it seven) are known to infect people.

At the mild end they cause the common cold, but severe acute respiratory syndrome (Sars) is a coronavirus that killed 774 of the 8,098 people infected in an outbreak that started in China in 2002.

Analysis of the genetic code of the new virus shows it is more closely related to Sars than any other human coronavirus.