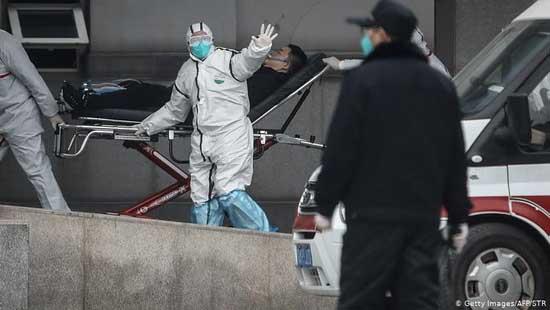 Chinese public health officials have announced a sharp rise in diagnoses of an emergent strain of coronavirus. The WHO has said the virus’ likely origin is “an animal source.”

Public health authorities in the central Chinese city of Wuhan on Sunday announced 136 new cases of a deadly strain of coronavirus.

Officials in the capital Beijing and Guangdong also announced three new cases in their respective areas, bringing the total number of diagnoses to more than 200.

At least three people have died due to complications stemming from infection.

Chinese authorities have sought to contain the outbreak after Japan and Thailand reported cases.

In the US, airports in San Francisco, New York and Los Angeles have taken additional measures to prevent the outbreak from spreading, including temperature screenings.

Beijing is hoping to avert a repeat of a SARS outbreak that killed more than 700 people and infected more than 8,000.

The World Health Organization has identified the virus as a new coronavirus strain.Unknown lung disease in China

Coronaviruses are generally spread through human-to-human interactions, including coughing, sneezing or touching an infected person. However, public health authorities have yet to identify the strain’s origins.

The WHO said on Sunday that “an animal source seems the most likely primary source of this novel coronavirus outbreak, with some limited human-to-human transmission occurring between close contacts.”