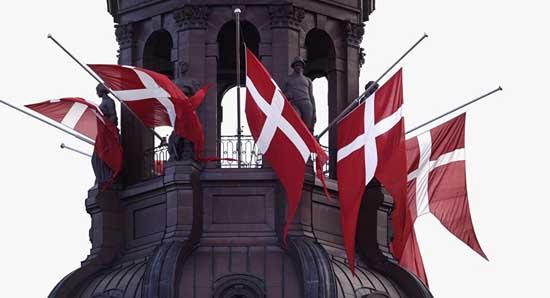 After a century of turmoil, two bitter wars and a plebiscite, the former Duchy of Schleswig was left divided between Germany and Denmark.

Martin Henriksen, former MP and the Danish People’s Party’s foreign spokesman, has reiterated his call for the Danish-speaking areas of Southern Schleswig, today part of northern Germany, to be returned to the Dutch throne.

“In Southern Schleswig, Germany, many Danes still live. They attend Danish schools, Danish colleges, have Danish cultural houses and sports associations, etc. Not so long ago there was a Danish mayor in Flensburg. Many Danes in Southern Schleswig make a fantastic effort to strengthen and preserve Danish language and culture,” Henriksen said. “I hope that Southern Schleswig will also come home to Denmark someday,” the former MP added. “We Danes are children of Denmark and children belong with their parents,” he reasoned.

Henriksen recognised though, that the chance of his dream becoming a reality was quite slim. “Of course, I do not have any plans to propose that the border should be moved by force or something like that. But one is allowed to hope. My point of view has caused outrage. But that’s how it must be. I’m not ashamed of that,” Henriksen added unapologetically.

Henriksen made the post ahead of the 100th anniversary of the referendum that returned Northern Schleswig to Denmark in February 1920, something he described as a “beautiful and historic event”.

In the comments field, many Danes voiced their enthusiasm about Henriksen’s post, with some even expressing an appetite for Sweden’s southernmost province of Skåne, which used to be part of the Danish realm until 1720 and triggered numerous wars between the two countries.

However, the Danish People’s Party’s leader in Aabenraa, the capital of northern Schleswig, was not as cheerful.

“I am simply speechless. They don’t know what they’re talking about,” Ejler Schütt, a member of Aabenraa council, told the local newspaper Jydske Vestkysten, adding that he hoped Henriksen would be disciplined by the party leadership. By his own admission, such calls to revise history could potentially damage cooperation with the German region across the border.

This is not the first time a senior Danish People’s Party member has called for Denmark to regain the lost province.

Two years ago, Søren Espersen, the party’s foreign spokesman, called for Denmark to extend the border to the river Eider, where it was from the 11th century until the Napoleonic era. The river, which cuts across northern Germany between Tønning in the North Sea and Kiel in the Baltic, is located roughly 60 kilometres south of where the Danish border now stands.

The area of Schleswig was part of Denmark during the Viking Age.Upon becoming a Danish duchy in the 12th century, it remained under Danish rule until 1864, when Denmark was forced to cede the area to Prussia and Austria after losing the Second Schleswig war, which Prussian chancellor Otto von Bismarck called justified and even proclaimed “holy”. However, the Schleswig issue was far from settled and remained a touchy one for both Denmark and Germany even in subsequent decades. After World War I, a plebiscite held in accordance with the Versailles treaty ended with Northern Schleswig becoming part of Denmark and Southern Schleswig staying in Germany.

​As of today, there are about 50,000 inhabitants of Southern Schleswig with a Danish identity, who primarily speak Danish. There are 46 Danish schools in the region run by the Danish School Association, and a number of Danish public libraries. Even the Danish Church and the Danish health care system are present in the area as well.

Martin Henriksen is no stranger to controversy and claimed previously that Islam “has since its inception been a terrorist movement”.