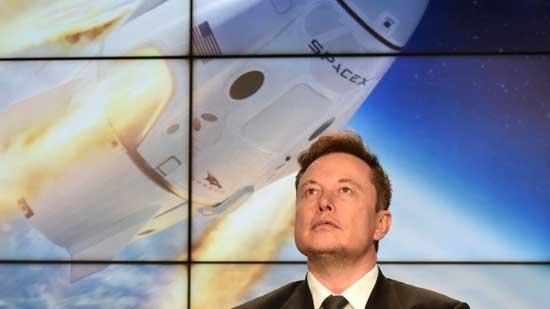 SpaceX has simulated a rocket failure to find out if its abort system designed to save astronauts’ lives in case of an accident could match that of the Russian Soyuz spacecraft’s – which saved a Russian-American ISS crew in 2018.

On Sunday, SpaceX conducted an in-flight abort test – a necessary prerequisite for it to be eventually certified to fly American astronauts to the International Space Station (ISS). The company launched one of its Falcon 9 rockets with a Crew Dragon spacecraft on top of it from Cape Canaveral, Florida, to see if the vehicle – and its crew – would survive a potentially deadly launch failure.

At 84 seconds after launch, the rocket cut off its engines while flying 19 kilometers above the ocean to mimic an accident while a capsule with two test dummies inside disengaged from the rocket and eventually splashed down somewhere off Florida’s coast.

Both SpaceX and NASA have lauded the test as a major success, and if the data analyzed by both backs it up, SpaceX is expected to conduct one with real people on board. It is, however, not the first safety test conducted by Elon Musk’s company in a bid to replace Russia as a major NASA contractor when it comes to manned space missions, and those weren’t always successful.

SpaceX’s previous safety test apparently failed as its Crew Dragon capsule reportedly exploded right on the test stand last April in what the company described as an “anomaly.”

NASA has had rely on Russia’s Roscosmos to ferry its astronauts to the ISS while paying $80 million a seat ever since the Space Shuttle program was scrapped in 2011. Yet, a contract between the two space agencies is about to run out, and NASA wants either SpaceX or Boeing to hurry up and deliver a domestic alternative to the Russian spacecraft.

Both American companies appear to be years behind schedule as it was initially expected that they would be both certified to launch manned space mission by 2017. Both SpaceX and Boeing have run into “chronic delays” with their vehicles, as the Government Accountability Office put it in its report in June 2019.

For now, Russia’s Soyuz rockets are indisputably the most reliable crafts for ferrying manned missions into orbit. Their safety system has been tried and tested by decades of operation, and this has recently been proven during an aborted launch.

In October 2018, Russian cosmonaut Aleksey Ovchinin and US astronaut Nick Hague were forced to make an emergency landing in Kazakhstan after their flight to the ISS was cut short by an engine booster failure. The emergency system called SAS pulled away the capsule moments before the entire craft would have been fully destroyed, and it landed with both crew members unharmed.

The capsule in which the Russian-American duo safely returned to earth has recently been turned into a monument.