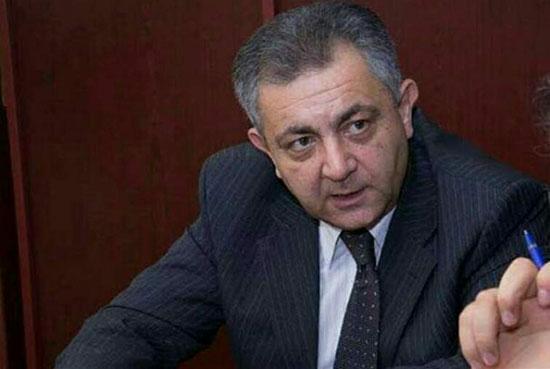 www.turan.az- For some time past the current authorities is seeking to give the public notice of their desire to trigger a new political process. It is widely stated that «we need a new opposition». At the same time they insist on the necessity of forming a new parliament to fall abreast of reforms; training of fresh legs, people with new ideas; new opposition, etc. Besides, there is widely spread public opinion that in the short run a new pro-governmental party will be set up.Political analyst Arastun Orujlu commented on the latest political processes and theses for ASTNA.

– I have to put up with the topic frequently, in most cases it is a simplified approach: if the power changes, so does the opposition. The authorities are seeking to impose this formula upon the public opinion. But this has nothing to do with any political approach or political assessment. The point to be emphasized is that the opposition as important institution of the political system cannot be specified, changed or appointed by the power.

It has to be kept in mind that the opposition may be formed either by separate initiative groups and citizen groups or through breaking away from the power. However, at any rate the opposition will have its opposition status due to dissatisfaction of popular masses. In other words, non-mirroring the protest electorate the alternative political force, institution, group or community irrespective of their organizational structure will never act as the opposition nor impact the public opinion.

For years we have been watching abortive attempts to create a constructive opposition as an alternative to the traditional opposition; but none of these organizations managed to fulfill their mission. That was explained as being due to the fact that substitutions of this kind were deeply flawed, and I’d go so far as to say that as it proved to be non-political as a whole.

It ought to be noted that steps of this kind in mass media and non-governmental sector have not been crowned with success even despite some resistance to the opposition. The question is that the opposition mandate is issued by a protesting part of the nation; hence, any organization incapable of expressing a will of this part of population is doomed to failure. At present, the composition of the government is slightly different from the previous one, and an impression is that the ruling elite is eager to create a new opposition.

In other words, the opposition is regarded as a government’s staffing position with desired frame, so it has nothing to do with the politics as I have stated above. Allowing for the fact that the new situation makes the authorities sensitive to the current developments, it is disturbing to replace the traditional opposition by weak, invertebrate politicians.

– Why does the old-hat opposition fail to satisfy the authorities?

– I’m bound to say that me too, I have many questions on the subject. I’d like to share my views bearing in mind that the logic of the present confrontation lies on the fact that the authorities is meant to be satisfied with the current opposition. Suffice it to remind that the present government has for 27 years been holding power, and the opposition managed to oppose it seriously just at the 2003-presidential elections when the opposition sustained a defeat.

It is worth remembering that the opposition had three times boycotted the parliamentary elections and two times participated in the parliamentary elections in the format of the united opposition. At any rate, the opposition has been engaged in ensuring its nominal existence for objective and subjective reasons. Note that all this time the opposition has been pressured by the government; ordinary oppositionists and opposition party leaders have been restricted in their rights and freedoms and most significantly, deprived of economic basis for their activity. This accounts for limited scope of their activity. Besides, important institutions of the political system, including mass media and non-governmental organizations have been substituted for pro-governmental ones to thus influence their activity.

At present, the Azerbaijani opposition has no authorities and resources enough to mobilize protesters. It must be borne in mind that mutual accusations have shaken public’ faith in the opposition. It follows from the above that the present opposition is the most suitable opponent for the government, for the latter is in position to predict and even impact its actions in various social and political situations. We repeatedly witnessed manipulations of this sort and resulting success.

At first sight, today’s opposition is an ideal opponent of the government but there is a subtle aspect directly related to changes in the government proper. Pursuing the policy of Aliyev for many years, the bureaucracy keeps out of the ruling establishment and, hence, remains dissatisfied with the current situation. The essential point to remember that is that there is a strong latent opposition which is well aware of the traditional opposition, and the probability remains they may unite their efforts to open a united front against the government. It is for this reason that Ilham Aliyev harshly, sometimes rudely criticized the opposition in all his statements.

It is safe to say that both oppositions fail to meet government’s expectations. The point is that at best there is no longer political team to deal with it while in power or at worst it is none other than a latent opposition. Most probably, the ruling circles take into consideration close ties between the constructive opposition and former team members to assess it as a potential threat. It is for this reason that the authorities is dissatisfied with this opposition.

– In general, it is as if the authorities is seeking to inform the general public about their desire to start a new political process, set up a new parliament, train young cadres, new executives, new opposition to replace those incapable of keeping abreast with reforms. As a matter of fact, nothing changes. Suffice it to look at the results of municipal elections or situation in the pre-parliamentary elections. Thus, young activists had no opportunity to be elected, and most of those acting as deputies before the parliamentary elections have become nominees. Even worse, most independent or oppositional persons fail to be elected because of numerous obstacles. What needs to be done under current circumstance?

– I certainly agree with you that nothing has changed and cannot change against this background. There are valid reasons to think so. First, with every day gone the country is lagging behind reform progress to thus increase related risks. Second, if yesterday’s reforms (unsecured at the earliest stage) may be used by the opposition against the authorities, tomorrow they may prove useful for oligarchs that have lost their political positions but still dispose of great economic and financial resources. On the other hand, difficult and uncertain geopolitical factors may have its negative effect on the situation in the region.

Note that there are other possible factors as well; yet, the reasoning quoted above is enough. It must be acknowledged that the authorities have no option but imitate the reforms. These are objective reasons. Yet, there are scores of subjective factors requiring political will to remove obstacles. Thus, governmental officials are engaged in stirring up social tensions in society by making unsubstantiated statements about improvement of social and economic situation in the country and raising the well-being of the people. Statements of this kind are aimed at undermining confidence and expectations of the public, strengthening dissatisfaction and radicalizing sentiments. An impression is that the authorities disapproves negative statements, and the ruling elite goes on drawing away from reality.

To be noticed is that this way is not infinite and may be retarded. With that end in view, the authorities is presently faced with two, equally risky options: to initiate reforms or imitate them. In all probability, they have chosen the second. And this accounts for election-caused developments.

– Is there anything else in the results of the forthcoming parliamentary elections?

– Beyond any doubt, there will be something new but results do not seem to be principal and positive. Today’s developments allow us to say it with much confidence. All the steps mentioned above are directed to strengthening the power which is effective for a short period of time. It should be remembered that the long-term stability calls for fundamental changes and rational approaches. However, there is not a grain of evidence that any changes are about to take place.

– By the way, along with the new opposition ideas there are rumors about appearance of a new pro-governmental party. How far are ideas of this sort realistic? Should it happen, what the aim of the new party? It transpires that the ruling party and other pro-governmental parties proved to be unwanted by the current authorities.

– At present, all changes are twinned with Mehriban Aliyeva, so they are regarded as preparations for her presidency. To my thinking, it’s not all that simple, at least, in the nearest future.

Today’s central aim of the authorities is to play for time, maintain stability, preserve power and enhance it maximally. A version of appropriate steps in this direction seems to be bottomless. First, there is no substantial cadre potential with appropriate experience and knowledge to create a new party. Second, in this case a greater part of «Yeni Azerbaijan» party may directly or indirectly oppose the government. Note that a middle stratum of this party is in one of the most destructive in the country with its wide area network and great economic potential.

The point to be emphasized is that risk factors listed above in the interview are sufficient to urge Ilham Aliyev keep on relying on «Yeni Azerbaijan» party and decline from opening a new front on this track. It should be remembered that refusal from the existing footing or its substitution for a new, yet unknown one would be a wrong step. Having regard to the above stated, it seems unpersuasive that a step of this sort will be made in the nearest perspective. It will be remarked that leadership of «Yeni Azerbaijan» would make some changes in the party; however, the probability remains that they face internal resistance and even sabotage.