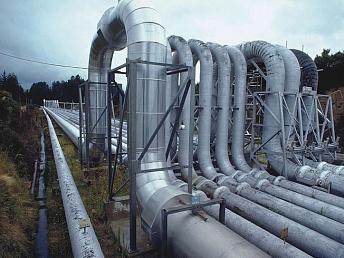 YEREVAN, January 21. /ARKA/. Armenia’s national natural gas distributing company Gazprom Armenia will not raise its retail prices for households and corporate consumers in 2020, the Armenian government said in a Facebook post on its official page. “The price of gas at the border in 2020 will not increase,” according to it.

Earlier, the head of the Public Services Regulatory Commission Garegin Baghramyan said that Gazprom-Armenia may ask for its permission to revise the price upward.

Earlier, Gazprom Export LLC and Gazprom Armenia CJSC signed an additional agreement to the contract for the supply of Russian gas to the Republic of Armenia, under which the gas price on the border of Georgia and Armenia will remain at the level of 2019.

On December 31, 2018 Russia’s Gazprom raised the price of natural gas it ships to Armenia across Georgia from $150 per one thousand cubic meters to $165. In 2018, Gazprom supplied 1.94 billion cubic meters of gas to Armenia.

Although the Russian natural gas is delivered to Armenia by Gazprom at a $165 per one thousand cubic meters, Gazprom’s Armenian subsidiary – Gazprom Armenia – sells it to the bulk of Armenian households at almost $300. Gazprom Armenia also deals with the storage, distribution and sale of gas.