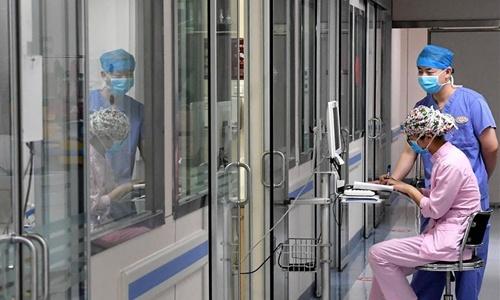 The new coronavirus stemming from Wuhan, Central China’s Hubei Province, might mutate and there is a further risk of the epidemic spreading to other regions, National Health Commission officials said Wednesday.

Confirmed cases of infection are mostly related to Wuhan, and cases of people-to-people transmission of the virus, including infections to medical personnel, have been detected, said Li Bin, vice head of the National Health Commission, during a press conference in Beijing on Wednesday.

The contagious virus can spread among communities to a certain extent mainly through respiratory infection, and it is likely to be mutated, as the pneumonia epidemic is at a risk of further spread, the official said.

As of yet, 400 cases of infection have been confirmed and nine deaths have been reported. This sudden rise in confirmed cases is due to improved and effective diagnose mechanism, Li said.

In total, 2,197 people who were in close contact with the infected patients have been tracked; among them 1,394 are under close medical observation.

The source of the new coronavirus infection is yet to be ascertained and the transmission route of the virus is yet to be fully understood, according to the health commission official.
The Chinese government and people are confident of winning this fight against the virus, Li said.