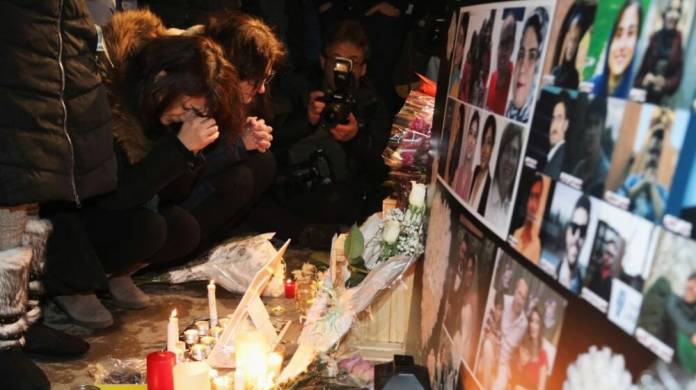 The first remains of a Canadian who died when Iran shot down a passenger plane earlier this month arrived in Canada on Jan. 21.

At the request of the family, no name was released.

“There has been one repatriation of remains which took place, and we respected the wish of the family to respect their privacy,” said Foreign Affairs Minister Francois-Philippe Champagne.

The airline disaster claimed the lives of 176 people, 57 of them Canadian. The Ukrainian airliner was shot down inadvertently shortly after departing from an airport near Tehran nearly two weeks ago.

The issue of returning remains to Canada has surfaced because Iran considers anyone born in Iran an Iranian, irrespective of other citizenships they might hold.

But Prime Minister Justin Trudeau said he has insisted to Iran that if a family in Canada wants the remains brought home that their wishes be followed.

“We recognize that is a challenge that Iran does not recognize double citizenship, but the focus that we’ve had on supporting the families has been to ensure that the families’ wishes are respected with regards to burials, in regards to the next steps, and that is what we have been insisting on with Iran,” Trudeau said Jan. 21.

“Respecting the wishes of the families lines up not with a question of citizenship, but it lines up also with international laws and practice and with principles around Islam for burials.”

There have been reports that Iranian officials are intimidating families to do burials in Iran, but Champagne said if a family complains, Canada acts.

“Every time I receive an allegation that the wishes of the family will not have been respected, we are taking these allegations seriously,” he said, adding Iranian officials have said they will respect the families’ wishes.

It has been confirmed that there were 57 Canadians on the plane along with 29 permanent residents. The latter are allowed to reside in Canada but are residents of other countries.