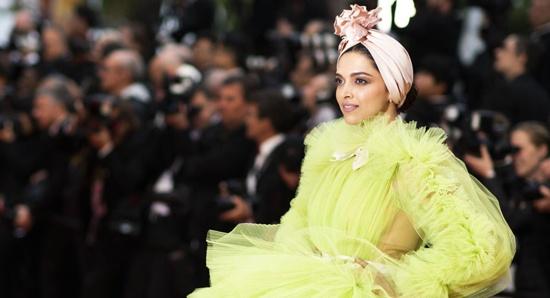 New Delhi (Sputnik): Bollywood actress Deepika Padukone is not just a beautiful face but a name to reckoned with; her actions that speak louder than words. From her recent visit to India’s premier university to show solidarity with agitating students to talking openly about her struggle with depression, she has inspired young people in many ways.

Deepika Padukone, who has portrayed some versatile roles in Bollywood films like “Padmaavat”, “Bajirao Mastani”, “Yeh Jawaani Hai Deewani” and a newly-released film based on the story of an acid attack survivor titled “Chhapaak”, has once again made headlines as she became the first Indian actress to be featured in the Pre-Fall Campaign of French fashion house Louis Vuitton.

The actress is seen looking drop-dead gorgeous in the cover photo, where she sits like a queen under a caption saying “Don’t Turn Around”, something that actress also believes in, as she recently let go of her past by becoming friends with her ex-boyfriend Ranbir Kapoor and decided not to regret the failures in her life.

Deepika’s recent Bollywood film “Chhapaak” didn’t get the expected returns at the box office and many believe it was because of her controversial visit to New Delhi’s Jawaharlal Nehru University (JNU) to meet students protesting against violence on campus after a group of masked men and women armed with police batons attacked them, injuring over 30 students, teachers, and staff.

Her support for the students, however, was seen as an attention-seeking stunt; the federal ruling establishment’s activists even campaigned for a boycott of her film.

Students at JNU have been protesting against the increase in hostel and tuition fees and wanted to boycott re-registration of students for the forthcoming semester.