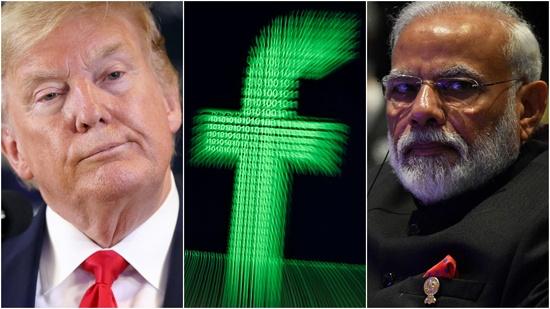 Ever eager to tout his massive following, US President Donald Trump claimed to have the “number one” Facebook account, even edging out Indian PM Narendra Modi – but the stats show he has some catching up to do.

The social media showboating came during an interview on the sidelines of the World Economic Forum in Davos, Switzerland on Wednesday, when the conversation turned to Facebook CEO Mark Zuckerberg.

“Well, I met him – and he told me that I’m number one in the world in Facebook,” the president told CNBC’s Joe Kernen.

Unfortunately for the internet-savvy commander in chief, that is simply not so. A brief look at Modi’s Facebook page shows the PM enjoys some 44.2 million followers, surpassing Trump by nearly 17 million people. Even accounting for a separate presidential page, which has garnered over 5.3 million followers, Trump still doesn’t beat out his Indian counterpart. In terms of likes, the combined total of the two Trump pages amounts to 28.7 million, which while certainly impressive, remains well below Modi’s 44.5 million.

The real heavy hitters on social media won’t be found in the polarized realm of politics, however, with the top spots going to those with more universal appeal. The verified page of star footballer Cristiano Ronaldo remains the true ‘number one’ Facebook account, boasting over 124 million followers and about as many likes. Sitting just below Ronaldo are American entertainers Shakira and Vin Diesel, who have both accrued around 100 million likes and followers.