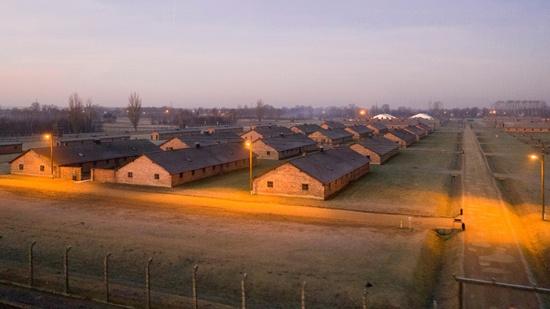 is a Serbian-American journalist, blogger and translator, who wrote a regular column for Antiwar.com from 2000 to 2015, and is now senior writer at RT.

The Polish-Russian war of words over World War II has taken an ugly turn, with the Polish president refusing to attend a Holocaust memorial in Israel and his PM accusing the Soviet Union of delaying the liberation of Auschwitz.

President Andrzej Duda has refused the invitation to the World Holocaust Forum at Yad Vashem on Thursday, in protest over Russian President Vladimir Putin being invited to speak at the event while he was not. Instead, Duda will preside over the memorial ceremony in Auschwitz on Monday – to which his government deliberately did not invite Putin.

International Holocaust Memorial Day is marked on January 27 because on that date in 1945 the Red Army troops liberated the notorious Nazi death camp at what is now called Oswiecim. Yet the current Polish government has refused to give the Soviet Union any credit for liberating Auschwitz – or Poland, for that matter – insisting instead that their country was a purely innocent victim of Nazis and Soviets in equal measure.

Duda’s Law and Justice (PiS) party even lobbied the EU to declare this as a historical fact in a parliamentary resolution – to the fury of Moscow, which considers this to be spitting on the graves of almost 27 million Soviet citizens who died in the war against Hitler’s regime, and some 600,000 soldiers who perished to liberate Poland in particular.

Warsaw has gone so far as to completely ignore the 75th anniversary of its liberation from the Nazis, describing it instead as the beginning of “occupation” by the USSR. However, the new low was surely the op-ed published in Politico this week, in which Prime Minister Mateusz Morawiecki argued that the Soviets deliberately halted their advance in the summer of 1944, instead of pushing on to liberate Warsaw or Auschwitz.

Russian Foreign Ministry spokeswoman Maria Zakharova described Morawiecki’s diatribe as a “real suicide,” noting that “in those four pages, the Polish PM killed his own humanity.”

It has been this historian’s assessment that modern Poland’s overwhelming hostility towards Russia goes beyond grievances that arose from centuries of shared – and often contentious – history. With Poland’s other historical neighbors and rivals – such as Germany and Austria – now alongside Warsaw in one big pretend-happy EU family, Russia has become the Other on which Polish nationalists can project all their frustrations.

Cold War frustrations don’t fully explain this, either. While Poland may be trying to overcompensate for being a Soviet vassal then, nearby Hungary had an even more turbulent 1945-1989 experience yet Budapest doesn’t seem given to fits of Russophobia.

Viktor Orban is no less populist, nationalist or conservative than Morawiecki – but he is also pragmatic, leveraging relations with Moscow to keep the EU out of Hungary’s business. Poland is having the same troubles with Brussels busybodies, but it chose to eagerly hitch itself to Washington’s Russophobic bandwagon instead.

This approach by the PiS seems to parallel the attempts of interwar Poland to seek out allies in London and Paris in the late 1930s, as their relations with both Germany and the USSR got worse. The Second Polish Republic was regarded in the West as a revisionist power, disliked and distrusted, eager to turn on neighbors like Czechoslovakia – as it did in Munich in 1938 – and the first to make a pact with Hitler, in 1934. Duda shrieked in protest when Putin described Poland’s ambassador to Berlin in the 1930s as an anti-Semite, but historical records show the Russian president was right.

Resemblances don’t stop there. The junta established by Marshal Jozef Pilsudski had dreams of an “intermarium” mega-state between the Baltic and the Black Sea, led by Poland and serving as a buffer between Western Europe and the USSR, which they sought to break up. The idea has been resurrected in modern times as the “Three Seas Initiative,” this time with NATO support.

These policies were a failure then, and there is no reason to believe they will do any better now. Yet Duda and Morawiecki are so committed to replaying this particular period in Polish history, they are accusing the USSR of being an accomplice to the Holocaust. This is simply vile.

It is also petty, foolish and ultimately self-defeating, as it dishonors the memory of not just the Soviet soldiers who gave their lives to defeat Hitler, but the many Poles who fought and died alongside them.