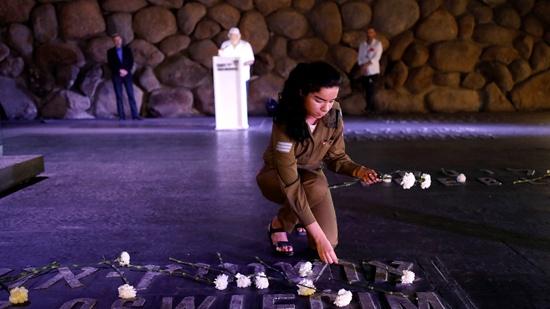 Israel is hosting the World Holocaust Forum, marking the 75 years since the Nazi death camp at Auschwitz was liberated by Soviet troops. Present-day politics have cast a shadow over the solemn occasion, however.

Delegations of 49 countries will attend the main event at the Yad Vashem memorial complex on Thursday afternoon, to remember the Holocaust and express commitment to fighting anti-Semitism going forward.

Offended by the fact that Russian President Vladimir Putin was invited to speak at the ceremony and he was not, Polish President Andrzej Duda refused to attend. He will be speaking at Poland’s own commemoration on Monday. Poland is embroiled in a bitter dispute with Russia over the causes and consequences of the Second World War.

Speaking at a state dinner on Wednesday, Israeli President Reuven Rivlin has tried to smooth things over, urging politicians to “shape the future” and “leave history for the historians.”

Israeli media have noted that this will be the largest gathering of diplomats in the country’s history. Caretaker PM Benjamin Netanyahu has a number of bilateral meetings lined up on the sidelines – including Putin, US Vice President Mike Pence, and French President Emmanuel Macron.

That many VIPs have created a bit of a problem for Yad Vashem, since their main hall can only hold 780 people. With more than half of that reserved for the visiting delegations, only a fraction of the estimated 100,000 or so Holocaust survivors who currently live in Israel will be able to attend.

Yad Vashem estimates that about a million Jews were killed in Auschwitz during the Second World War, as part of a campaign by Nazi Germany to exterminate European Jewry that has claimed an estimated six million lives and come to be known as the Holocaust, or Shoah in Hebrew.

“A central Nazi motivation for the war was a hatred of Jews,” Yehuda Bauer, a 95-year-old historian and adviser to Yad Vashem, told the guests at Wednesday’s dinner, calling it a “deeply held belief” that Germans were threatened by the chimera “of a secret cabal, of an invented international Jewry, that controls both East and West.” This claimed the lives of millions of non-Jews as a result, Bauer reminded, warning that similar beliefs still exist in the world.