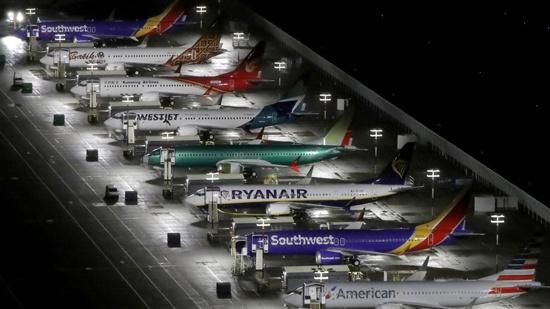 Boeing hopes to resume production of its grounded 737 MAX jet months before regulators approve it to fly again, CEO Dave Calhoun has announced, touting positive feedback even as pilots unions shred the company as untrustworthy.

Brushing aside rumors that the MAX could be grounded indefinitely, Calhoun told reporters on Wednesday that production would start up “well before” mid-year, when the company hopes to secure regulatory approval to resume flights for the ill-fated aircraft, grounded worldwide after a series of crashes which killed 346 people.

“I believe in this airplane,” Calhoun said, citing positive assessments from pilots.

However, after a raft of delays, setbacks and embarrassing disclosures involving the MAX – including internal communications strongly suggesting the company lied to regulators – trust among pilots appears to be plumbing new depths.

“It’s like a Jenga game, [trust] gets higher and higher, and then it tumbles down,” Dennis Tajer, spokesman for the Allied Pilots Association, which represents 15,000 American Airlines pilots, told the Financial Times.

The internal communications, which were released by Boeing following an internal probe, were “beyond our worst nightmares,” Tajer added, comparing the messages to “a poorly written screenplay that no one would believe – but it happened.”

The company also enjoys “zero trust” from the 10,000 members of the Southwest Airlines Pilots Association, which is suing Boeing, according to union head Jon Weaks. The association brought a suit against the company last year, accusing it of rushing a faulty aircraft “into the hands of trusting pilots.”

Confidence isn’t only rock bottom in the US. Jon Horne, who heads up the 40,000-member European Cockpit Association, said trust in Boeing was “unequivocally” at an all-time low, adding that it was not the role of pilots to do “PR stunts” for the company with rosy testimonies.

Boeing announced that production would halt for the MAX earlier this month, following several cutbacks, leaving some 400 undelivered planes sitting in company storage facilities, with another 387 complete aircraft grounded at airports worldwide.