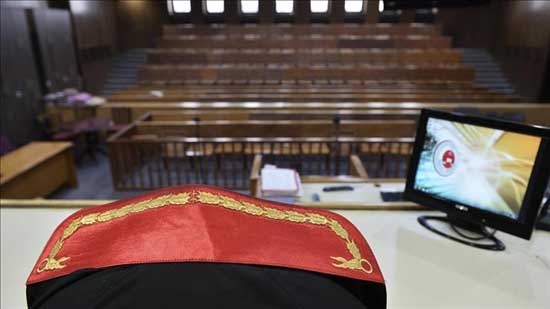 The preparations for the second judicial reform package and amendments on the law on execution of sentences are ongoing and will be submitted to parliament by the ruling Justice and Development Party (AKP) in a few weeks, the Turkish justice minister has said.

In a televised interview with private broadcaster Kanal 7, Abdulhamit Gül said new regulations about the law on the execution of penalties and the second reform package will be introduced separately to parliament.

“The package on penalties is separate. Furthermore, there are separate regulations concerning civil justice. Some 4.5 million lawsuits are in the context of civil justice,” he said.

He also expressed expectations on regulations on notaries and administrative procedures to be ratified in parliament simultaneously.

Underlining that the amendments in law on execution of sentences are different from a repentance law, the minister said criminal execution “should have justice like the penal code.”

“In terms of criminal justice, it is seen that no jail time has been served in certain offenses under two years of 18 months, due to the execution system. Firstly, this work is not an amnesty. Because, the crime has a victim. The public and the [involving] parties are victimized,” he said.

“There should be a regulation in which the person will serve jail time if he[/she] harms society again. In this sense, the package in question is not an amnesty,” he added.

Gül also said that this regulation is expected to increase the public’s trust in justice.

Nevertheless, offenses on charges of terrorism, deliberate killing, sexual assault, violence against women and children, genocide, crimes against humanity, human experimentation and organ and tissue trafficking will not be within the scope of the regulation.

Crimes on separatism – against the nation’s sovereignty – and disturbing the Constitutional order and the nation will also not be included in the regulation.

The Turkish Parliament on Oct. 17, 2019 adopted a bill of 39 articles – the first reform package. The bill oversaw amendments in 15 pieces of legislation.