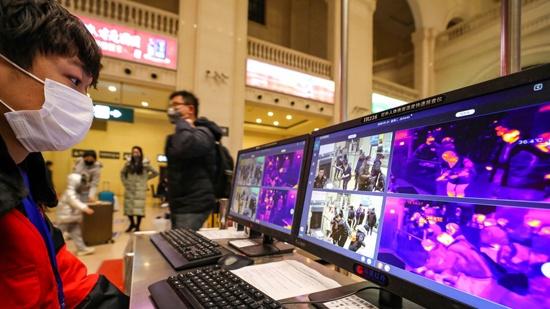 The World Health Organization (WHO) has commended China’s swift response to a rapidly moving virus gripping the country, but despite a quick-climbing infection tally, the agency is reluctant to classify it a global health threat.

“What they are doing is a very, very strong measure and with full commitment,” WHO director-general Tedros Ahanom Ghebreyesus said on Wednesday, referring to Beijing’s shutdown of all public transportation in and out of the city of Wuhan, the viral epicenter.

As of 10am local time, all trains, buses, railways and ferries traveling to and from Wuhan have halted operations until further notice in an effort to slow the spread of the virus, with the government calling on the city’s 11 million residents to refrain from leaving without “special reasons.” Medical personnel were also posted at toll gates and checkpoints along major roadways to screen commuters for the illness.

The comments followed an emergency WHO meeting in Geneva on Wednesday, where the health agency mulled whether to declare the novel coronavirus – now dubbed “2019-nCoV” – a worldwide emergency. Still unsure after a day of deliberation, however, WHO will meet again Thursday, with Tedros saying he took the decision “extremely seriously.”

China’s National Health Commission (NHC), meanwhile, has provided the latest figures tracking the impact of the dangerous pathogen, with 131 newly confirmed infections bringing the total to 571 across some 25 Chinese provinces.

Seventeen people have died from the illness thus far, all in central China’s Hubei province, with another 95 in critical condition with severe pneumonia-like symptoms.

There are also now 393 suspected infections in China – 257 of them registered on Wednesday alone – with 5,897 additional cases of “close contact,” the NHC said.

Several infections have also been confirmed beyond mainland China, with patients popping up in the US, Japan, Thailand, South Korea, Taiwan and Hong Kong, with a number of suspected cases in Mexico and the Philippines. Health officials from all of the affected countries have leapt into action, screening for signs of the illness at airports and border crossings, while researchers worldwide study the new pathogen in search of a vaccine.