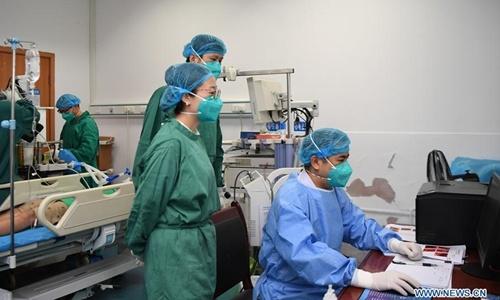 Science magazine published an article entitled “China’s Missed Chance” in July 2003, arguing China lost an opportunity to show “growing scientific prowess” due to the lack of swift medical measures to bring SARS under control. Some 17 years later, does China have enough scientific strength to cope with the Wuhan pneumonia confidently and efficiently?

The WHO noted on January 12 that “China shared the genetic sequence of the novel coronavirus.” One day later, the organization published a report on diagnostic detection of the virus, delivered by a group of German researchers, who later reportedly “have developed the first diagnostic test” for the Wuhan virus.

Almost at the same time, China also developed a diagnostic testing device. Its speed can be argued as much faster compared to the SARS outbreak in 2003. However, China, where both SARS and the Wuhan virus first emerged, failed to be the first in relevant diagnostic research and development (R&D) in both cases.

China has seen a sharp rise in cases of the new coronavirus over the past two days. What caused the escalation? Some say this is because China has developed and implemented testing devices which can raise the effectiveness of relevant inspections. However, the first known patient with related symptoms surfaced on December 8, 2019. Yet until January 11, it had been called as “pneumonia with an unknown cause.” There had been no research to unlock the mysterious virus in more than a month. Isn’t that a major cause for the disease’s quick spread?

China must have started relevant research and analysis as soon as the new virus was detected. Yet speed plays a crucial role in preventing and controlling the epidemic. Sample collection and research take time, yet in an epidemic outbreak like this, people would only hope authorities could respond faster.

Behind the fight against infections is the development and competition in technologies and R&D.

China’s technological strength is growing, which is proven by the Qinghai-Tibet Railway, 5G technology, Chang’e-5 lunar lander and deep-sea submersible Jiaolong. Nevertheless, the country is still not able to produce certain high-purity chemicals or high-end analytical instruments. Only one Chinese scientist, Tu Youyou, was awarded the Nobel Prize, where scientists from certain Western countries, including Japan, can win the prize in consecutive years.

Time is needed for basic research. But times waits for no one. Any attempt to seek quick success and instant benefits must be avoided. However, it is time for China to increase investment, focus on talent training, team building and policy adjustments in this field. In the end, solid scientific support is a crucial factor in maintaining the stable development of the country.