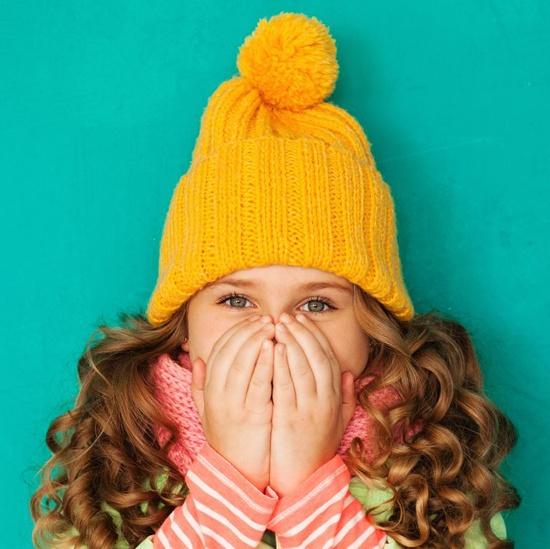 The telltale signs your child has croup, usually caused by a viral infection in the upper airways.

Does your kid quite literally have a barking cough? If your little one is poorly and has a raspy voice that sounds not unlike a seal’s bark coupled with a squeaky noise when they breathe, they could be suffering from croup.

Croup is a condition that affects babies’ and young children’s airways and while it can sound alarming, it is usually nothing serious. We look at the signs and symptoms of croup, plus what you can do at home to ease symptoms:

Croup is a condition that develops quickly in children and is usually caused by a viral infection in the upper airways, which is localised in the throat and surrounding tissues. It’s characterised by a barking cough.

Croup usually occurs in young children aged six months to three years of age, and in most cases clears up spontaneously in 24 to 48 hours. It is fairly uncommon and affects more boys than girls.

Very rarely, croup can be a sign of something much more serious, such as epiglottitis, which is a serious condition causing swelling in the back of the throat.

How do you catch croup?

The croup virus can either be transferred through airborne droplets produced by coughing and sneezing, or passed from one person to another by touch. From the hands, the virus may enter the mucous membrane of the eyes and nose.

Croup usually occurs in young children aged 6 months to 3 years, and in most cases clears up spontaneously.

Croup is usually caused by the parainfluenza virus, although there are many other possible viral causes. These include RSV (respiratory syncytial virus), influenza virus type A and B, rhinovirus (common cold virus), adenovirus, and enterovirus.

If a child has had croup before, it may recur when they have a cold, as this is a viral infection. After the age of three, symptoms tend to decrease in severity. Less commonly, croup may be due to an allergic reaction to pollen or house dust mites, or inhaling a small foreign body, such as a peanut.

Signs and symptoms of croup include the following:

Croup usually clears up without a problem in three to four days. However, the coughing may last some time longer. It usually gets worse at night when the child is lying down.

Should you visit your GP about croup?

Make an urgent appointment with your GP if symptoms of croup include the following:

Additional problems that may rarely be caused by croup include severe breathing problems lack of oxygen and blocking of the airways (obstruction). This is rarely seen but is life-threatening so make an urgent GP appointment if you are concerned.

How is croup treated?

Since croup is a viral infection, it cannot be treated with antibiotics.

Mild cases of croup can be treated at home and your doctor may prescribe a single dose of a corticosteroid medication to reduce swelling and inflammation in the throat and airways.

Serious cases of croup result in admission to hospital where the patient will be given oxygen, corticosteroids and adrenaline through a nebuliser.

Children who suffer from recurrent croup may be given a single dose of steroids to be kept at home and used if their infection seems particularly severe.

To make your child comfortable and minimise discomfort, try the following tips:

✔️ Calm the child as much as possible.

✔️ Keep calm yourself. Obvious signs of uneasiness and anxiety will upset the child. Reassuring a sick child can have a positive response on relieving the symptoms of croup.

✔️ Sit the child up, which will allow them to breathe more easily.

✔️ There is no evidence that using steam or a humidifier has any effect on relieving symptoms.

✔️ If your child wants to eat, give only small snacks they can eat easily without choking.

✔️ Encourage the child to drink plenty of fluids.

✔️ If the child has a fever, they should wear as few clothes as possible and not be put under warm bedclothes.

✔️ Use ibuprofen or paracetamol to help bring their temperature down.

To diagnose croup symptoms your doctor will usually carry out the following examinations:

US cautions Turkey on failure to pay healthcare debts