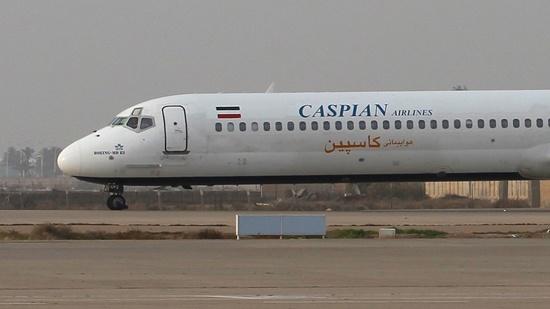 A packed Iranian passenger plane skidded of the runway and ended up in the middle of a city street, local media report.

Caspian Airlines Flight 6936 took off from Tehran at around 6:44am local time and was trying to land in the city of Bandar-e Mahshahr in southwestern Khuzestan Province when it skidded off the runway on Monday, Tasnim News said.

Videos from the scene, which are circulating on social media, show the Boeing aircraft lying on its belly in the middle of the road. Passengers were calmly evacuated from the plane, while some wreckage from the fuselage could be seen on the ground.

The aircraft looks mostly intact, and it does not appear that there was major destruction on the ground. Managing Director of Khuzestan Airports Mohammad Reza Rezaei told IRNA that the plane did not catch fire during the incident and no one on board was hurt.

On Sunday, a Tehran-bound passenger airliner carrying 85 people had to abort its flight from Gorgan in northern Iran to Tehran due to vibrations felt in one of its engines. There were reports that the engine caught fire, but the airport officials later denied it.