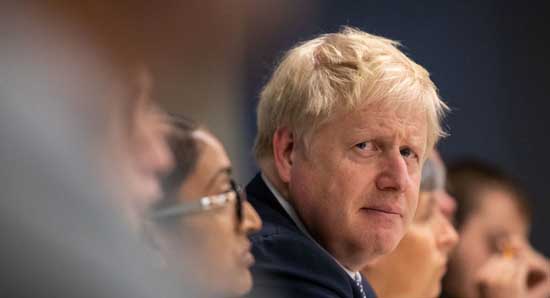 The new, much simplified visa procedure for scientists and researchers is to replace the previous Tier 1 Scheme, under which applicants from abroad were required to provide a job offer before applying for a British entrance visa. The new initiative comes after Home Secretary Priti Patel called for less reliance on “cheap labour from the EU”.

As the Brexit deadline approaches, with concerns raised about immigration and labour market exchanges, Whitehall has announced the launch of a so-called “global talent visa”. It will be introduced on 20 February to encourage scientists, researchers, and primarily mathematicians to come to the UK, with no limit on the overall number of people to be accepted.

Boris Johnson said he was earmarking a £300-million package for research into advanced mathematics, which includes double funding for new PhDs and a significant rise in the number of math fellowships and research scholarships.

“As we leave the EU I want to send a message that the UK is open to the most talented minds in the world, and stand ready to support them to turn their ideas into reality”, Johnson stated.

The initiative implies that applicants will not need a job offer before arriving in the UK under the visa, thereby opening a much quicker path to Britain for all scientists and researchers.

The fast-track approach is a replacement of the old Tier-one “exceptional talent” visa procedure that required applicants to be endorsed by top scientific communities, like the Royal Society, Royal Academy of Engineering, the British Academy, Tech Nation, or Arts Council England. Under the new scheme, the UK Research and Innovation funding agency will also be able to recommend applicants.

Applications were previously limited to 2,000 per year but the limit was never reached: for instance, in 2018, 525 researchers were admitted.

Opposition parties questioned whether the Global Talent visa was hardly something more than a “marketing gimmick”:

“If the government is serious about championing UK science, it must prioritise continued mobility as part of our future relationship with the EU”, Christine Jardine, the Liberal Democrats home affairs spokeswoman, stressed, in an apparent dig at the prime minister:

“Boris Johnson is showing that he fundamentally doesn’t understand what makes our science sector so successful. Changing the name of a visa and removing a cap that’s never been hit is not a serious plan”.

The initiative was introduced just ahead of an official report that is understood to potentially clear the way for a clampdown on low-skilled migrants from the EU. Priti Patel, the home secretary, dismissed claims that the new rules would hurt the economy lamenting that businesses had become “far too reliant” on “cheap labour from the EU”.

The report is believed to largely increase controversies between Mr Johnson and Ms Patel, on the one hand, and many business groups on the other hand, which have already expressed concerns about customs checks and higher post-Brexit tariffs.

The other day, Patel said that it was “about time” companies invested in British workers and new equipment instead of low-skilled EU migrants. “We are absolutely determined to change the immigration system, end the complexity of the immigration system, have simpler rules, have a points-based system where we can absolutely have people that bring the right kind of skills for our labour market, meet the right kind of labour market tests, but also bring the right kind of skills that we need in our country — promoting the brightest and the best”, Sky News cited Ms Patel as saying.