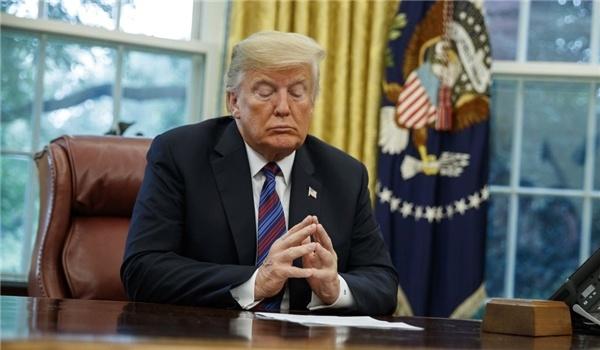 The draft of a book by former US national security adviser John Bolton reportedly describes how Donald Trump told him about his determination to delay US military aid to Ukraine until its government agreed to investigate his Democratic rival Joe Biden.

The explosive manuscript details the kind of material that Bolton could be expected to reveal publicly were he to be called as a witness in Trump’s impeachment trial now going on in the US Senate.

The account undermines Trump’s claims that the delay in aid to Ukraine last summer and the president’s efforts to persuade Ukraine to investigate US Democrats were unconnected, the New York Times said as part of its article on Sunday night revealing the Bolton manuscript.

Bolton has been circulating the draft passages from his planned book to associates and has sent the manuscript to the White House for what would be a mandatory review process for someone who was in Bolton’s position in the government before exiting the post last year, the NYT reported.

The White House could censor the manuscript before Bolton’s planned book is published. The Room Where It Happened is slated for publication on 17 March.

As the president’s defence team prepares to make its main presentations to the Senate on Monday and Tuesday, in the second week of Trump’s impeachment trial, the details in the new report strongly bolster Democrats’ case that there should be new witnesses called at the trial – Bolton first among them.

Trump ousted Bolton in September last year after a widening gulf opened up between them on policy, with the then national security adviser particularly aggrieved at the president’s apparent Russian sympathies.

Senate minority leader and New York Democrat Chuck Schumer, who is keen to force a vote on witnesses and pressure moderate Republicans into supporting the Democrats in this effort, took to Twitter on Sunday evening, saying: “John Bolton has the evidence.”

Leading House Democrats acting as prosecutors in the impeachment trial said the new information reported from Bolton goes to the heart of the case against Trump.

House Democrat and impeachment manager, aka prosecutor, Zoe Lofgren earlier on Sunday said the case against Trump is “overwhelming”, that he abused the power of his office and then obstructed Congress in its investigation, and that Senators should be prepared to deliver impartial justice.

Trump is accused of undermining US national security by soliciting the help of a foreign government in his domestic 2020 reelection campaign.

During the House’s initial investigation into Trump’s dealings with Ukraine, the White House blocked senior aides from agreeing to testify in the impeachment inquiry.

Bolton later said he would be prepared to testify if subpoenaed to appear in the Senate and tension has been building ever since over whether witnesses will be called in the trial and perhaps offer a damning inside account of Trump’s allegedly corrupt dealings with Ukraine.

This includes the president conducting policy in the country allegedly to serve his own ends by deploying his personal lawyer Rudy Giuliani to pursue a parallel agenda to the State Department’s foreign officials, which included destroying the career of highly-regarded US ambassador to Ukraine Marie Yovanovitch, who was fired.

The Military Dimension of the Conflict over Nagorno-Karabakh