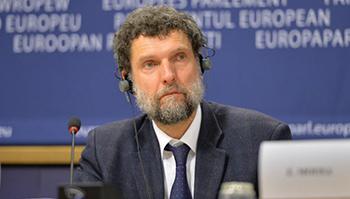 The civil rights organisation called on the Turkish government to drop the charges against Kavala and 15 other defendants accused of trying to overthrow the government before the next hearing in his trial on Tuesday.

“A month after the European Court of Human Rights called on Turkey to release Osman Kavala immediately, every passing day he spends behind bars further compounds the violation of his rights,” said Milena Buyum, Amnesty International’s Turkey campaigner.

The Gezi protests kicked off in Istanbul in May 2013 when citizens took the streets to demonstrate against the demolition of a city centre park to make way for a shopping mall. Turkey’s ruling Justice and Development Party (AKP) says Kavala and other orchestrated the protests in an attempt to overthrow the government.

Kavala was arrested in November 2017 and has been held under pre-trial detention since then. Buyum described his imprisonment as a “the beginning of the end” for human rights in Turkey.