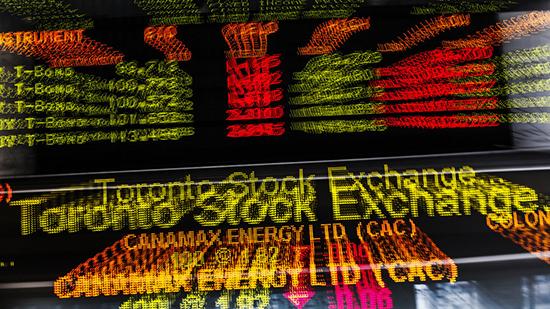 Oil continued to slide on Monday, with Brent dropping well below $60 per barrel, as panic around the coronavirus continues to mushroom.

The number of casualties in China continues to climb, as do cases of the virus elsewhere in the world. The Chinese government has tried to quarantine Wuhan and other cities, affecting tens of millions of people. Multinational businesses in China are also implementing lockdown procedures.

Brent has cratered by around $7 per barrel in a week, a steep drop that is “100% down to the coronavirus,” Edward Marshall, a commodities trader at Global Risk Management, told the Wall Street Journal. “I think we’re close to peak hysteria, so yes the move is justified. We’re in full panic mode.”

“A supply glut of fuel in China would filter through to the rest of the world through exports and on that basis the market is reacting in this defensive manner,” Ole Hansen, head of commodity strategy at Saxo Bank A/S, said in a statement. “The Saudis can try to stem the sell-off but while its being driven by the need to mitigate losses that will be difficult to control.”

Saudi Arabia’s energy minister tried to tamp down the panic, noting that there is “very little impact” on global oil demand. He added that there was also “extreme pessimism” during the SARS outbreak in the early 2000s but that ultimately the impact on oil consumption was not significant. In an official statement, the energy ministry said that the Saudi government is “closely monitoring the developments in the global oil market” related to the outbreak.

Other analysts agreed with the notion that the effect would be temporary. Raymond James pointed out in a report out on Monday that the impact to Chinese oil demand in 2002-2003 lasted for only about one quarter.

However, the investment bank suggested that the demand impact could still be rather substantial. “Hypothetically applying the same 1.9% impact for one quarter would equate to global demand growth of 0.5% on a full-year basis, all else being equal,” Raymond James wrote, referring to demand growth forecasts for 2020. “If the situation were to last two quarters, global demand growth could approach zero, something that has not happened since the global financial crisis.” The bank reiterated that it is just a “guesstimate,” not an official forecast.

OPEC+ upped the rhetoric just a bit compared to last week. “They are prepared to do anything if there is a need,” one senior Opec source told reporters on Monday, according to the FT. “They are watching the market closely.” One of the rumors is the possibility of the extending the latest production cuts – which expire at the end of March – until the end of the year. Another option is to actually cut deeper from current levels.

But the predicament facing OPEC+ is rather surprising given the supply outage in Libya. The North African OPEC member has lost around 800,000 bpd earlier this month because of the blockade of ports and infrastructure by the Libyan National Army (LNA). The OPEC+ rumor mill swirls about deeper cuts, but Libya itself just provided such a cut and the oil market barely noticed.

As compared with the previous production level, the oil market is thus short of nearly 900,000 barrels per day, which equates almost to the implied oversupply in the first quarter,” Commerzbank wrote in a note. But “in the current environment, oil market-specific news is falling on deaf ears. A few weeks ago, such news would have pushed prices up noticeably.”