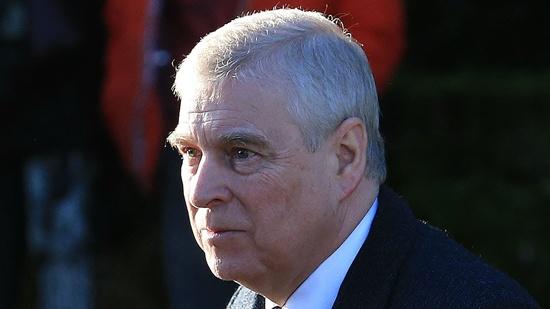 The FBI and U.S. federal prosecutors contacted Prince Andrew’s lawyers and requested an interview with the prince, who socialized with Epstein, Manhattan-based U.S. Attorney Geoffrey Berman said at a news conference in front of Epstein’s mansion.

As of Monday, “Prince Andrew has provided zero cooperation,” Berman said at the event hosted by Safe Horizon, a group pressing for more legal protection for abuse victims.

He did not say when U.S. authorities had requested an interview with Andrew.

Andrew said in November he would be willing to help “any appropriate law enforcement agency with their investigations, if required.”

The Federal Bureau of Investigation’s probe is focusing on British socialite Ghislaine Maxwell, a longtime associate of Epstein, and others who facilitated the wealthy financier’s alleged trafficking of underage girls, law enforcement sources told Reuters in December.

Maxwell has not been accused of criminal wrongdoing.

Epstein had socialized with Andrew and other high-profile figures including U.S. President Donald Trump and former president Bill Clinton, according to court filings.

Epstein’s suicide in August, at age 66, came a little over a month after he was arrested and charged with trafficking dozens of underage girls as young as 14 from at least 2002 to 2005. Prosecutors said he recruited girls to give him massages, which became sexual in nature. Epstein had pleaded not guilty.

In 2008, Epstein pleaded guilty to a Florida state charge of soliciting prostitution. He completed a 13-month jail sentence that was widely criticized as too lenient.

Andrew has described his association with Epstein as “ill-judged” and in November the prince stepped down from public duties as the allegations became a distraction for the royal family.

Andrew, Queen Elizabeth’s second son, has denied an allegation in a civil lawsuit from Virginia Giuffre, who claims she had sex with the prince when she was 17 in an encounter arranged through Epstein.

Giuffre’s lawsuit said Maxwell recruited her into Epstein’s circle and Epstein forced her to have sex with him and friends including Andrew.

In December, sources told Reuters, law enforcement did not plan at that time to interview Andrew, although the investigation was said to be at an early stage.

The FBI has been following up on leads received from women who contacted a hotline the agency set up at its New York field office in the wake of Epstein’s arrest in July, the sources said in December.

This month, the attorney general of the U.S. Virgin Islands sued Epstein’s estate claiming he raped and trafficked dozens of young women and girls on a private island he owned in the territory.

The complaint filed by Virgin Islands Attorney General Denise George significantly broadened the scope of the financier’s alleged misconduct, saying it spanned from 2001 to 2018 and targeted girls who appeared to be as young as 11 or 12.

The Virgin Islands is seeking civil penalties plus some assets from Epstein’s estimated $577.7 million estate, including the forfeiture of his two private islands, Little St. James and Great St. James.

Reporting by Timothy Ahmann and Mark Hosenball in Washington and Kylie MacLellan and Janet Lawrence in London; writing by Tom Hals; editing by Jonathan Oatis, Bill Berkrot and David Gregorio