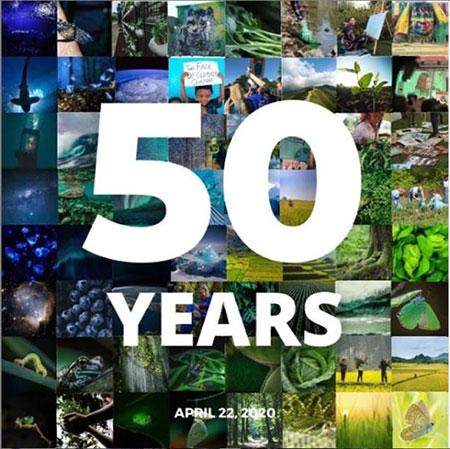 By Yi Whan-woo –  The Korea Times

To mark the 50th anniversary of Earth Day, its global coordinator the Earth Day Network hosted a conference last week in Tallinn, Estonia, to discuss how to tackle the growing amount of global waste.

The Clean World Conference from Jan. 23 to 25 invited cleanup organizers from around the world.

“Plastic and other types of pollution and waste challenge every community every day, contaminating our oceans, clogging our drains, causing floods, spreading disease, transmitting respiratory infections and killing wildlife. And low-income communities suffer the worst impacts,” she said.

“On the 50th anniversary of Earth Day, we’re working to build a world in which every person can live in a clean, healthy community.”

The conference outlined details of the Great Global Cleanup, a volunteer event aimed at removing billions of pieces of trash from green spaces, urban communities and waterways. The activities are in line with the goal of Earth Day ― commemorated every April 22 ― to highlight environmental protection.

The partners are encouraged to unite to create clean communities through events from late March to early May.

“Improved health and positive growth can be achieved once people gain the expectation that their community will be clean,” an organizer said.

The partners attract volunteers to their cleanups via the Great Global Cleanup live map, where users can register search for nearby cleanup events.

According to organizers, thousands of cleanups have already been scheduled in the United States alone.

“Organizations and individuals are encouraged to join efforts to make this the largest global cleanup yet,” another organizer said.

Meanwhile, the Earth Day Network held a workshop at the conference, introducing the Earth Challenge 2020 Plastics app, inviting users to contribute scientifically viable data on the extent of plastic and other pollution in their area to a global citizen database.

The free app will be available to download for both iOS and Android by Feb. 15.
Earth Day Network, founded in 1970, is the world’s largest recruiter to the environmental movement. It works with more than 75,000 partners in over 190 countries.

Earth Day was a unified response to an environment in crisis ― oil spills, smog and rivers so polluted they literally caught fire.

It dates back to April 22, 1970, when millions of Americans ― about 10 percent of the U.S. population at the time ― took to the streets, college campuses and hundreds of cities to protest environmental ignorance and demand a new way forward for the Earth.

The theme for Earth Day 2020 is climate action. The network assessed the enormous challenge ― and vast opportunities ― of action on climate change and designated the issue as the most pressing topic for the 50th anniversary.