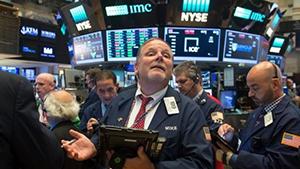 (Reuters) – European stocks rose on Tuesday, after posting their worst day in about four months in the previous session on concerns about the potential impact on businesses from the coronavirus outbreak.
The pan-European STOXX 600 index was up 0.3% at 0807 GMT. Airbus (AIR.PA) was the biggest boost to the benchmark index, after saying it had agreed to reach a settlement with French, British and U.S. authorities regarding a probe into allegations of bribery and corruption.
Luxury goods makers Burberry Group Plc (BRBY.L), LVMH (LVMH.PA), Gucci owner Kering (PRTP.PA) and Moncler SpA (MONC.MI), rose between 0.4% and 0.6%. The stocks were among the worst hit on Monday, when the wider benchmark index slid more than 2%.
The travel and leisure subsector .SXTP gained 0.2%, after tumbling to its lowest level in nearly seven weeks in the previous session on travel restrictions.
Reporting by Medha Singh in Bengaluru; Editing by Bernard Orr
Our Standards:The Thomson Reuters Trust Principles.
Reuters