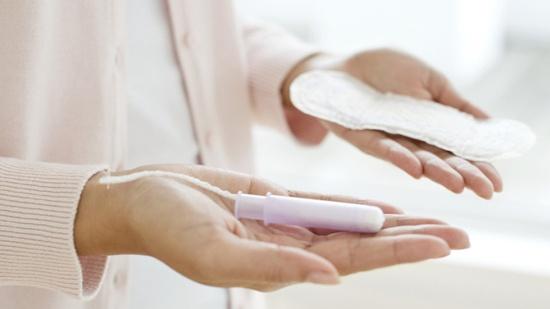 Dr. Frank Furedi, author and social commentator is an emeritus professor of sociology at the University of Kent in Canterbury.

British schools have been urged to provide free period products to transgender boys. But is the move motivated by pupils’ sanitary needs or the government’s commitment to institutionalize trans ideology in the school system?

A careful reading of the recent guidance issued by the British Department of Education  indicates that it is an ideological document rather than a statement on the sanitary needs of pupils. The guidance assumes that the possession of multiple genders is the norm and states that “girls, non-binary and transgender learners who have periods may all need access” to menstrual products. Policy makers are far less interested in tampons than in communicating the idea that multiple genders is the new norm in schools.

If I believed in conspiracy theories – which I don’t – it would be difficult to avoid the conclusion that the institutionalization of trans culture in British schools has become a zealously promoted project. Advocates have no inhibition about imposing their views on the most private and intimate dimensions of a child’s experience. They clearly recognize that they are trespassing into areas of children’s lives which have little to do with their schooling and education.

A warning about the ‘sensitive’ nature of this mission issued by the producers of a series of BBC Teach films directed at young children recognizes this point. It states, “due to the sensitive nature of the subject matter, we strongly advise teacher viewing before watching with your pupils.”

Some of the BBC Teach films do not simply inform, they implicitly encourage very young children to assume that they can choose among dozens of identities. But even in an era where gender-bending is culturally validated, the idea of 100 or more gender identities is a bit of a stretch.

The project of promoting the proliferation of gender identities among young children is justified on the ground that it educates them to become respectful and good citizens.

For instance, recently an Orthodox Jewish school in Gateshead – Keser’s Girls’ School – was criticized by the government school inspectorate, Ofsted, for failing to offer pupils sex and relationship education.

“The impact of this action is that pupils will not be taught about gay, lesbian, or transgender people during their time in school. This means that pupils cannot show respect for those groups of which they are unaware,” stated a report in the British LGBT paper, PinkNews.

Why should pupils not show respect for people of which ‘they are unaware’? Kids do not need to learn about Eskimos or Peruvians in order to show them respect. The use of the word ‘respect’ in this report is typically ideological. What it demands is not simply respect, but the validation and celebration of identities that may conflict with the moral outlook of millions of parents.

As it happens, parents can no longer prevent their children from being subjected to the Department of Education’s current obsession with sex and identity. Until recently, parents had the right to ensure that their children could opt out of sex and relationship classes. However, from September 2020, teaching about sexual orientation and multiple genders will be compulsory for all secondary schools in England. Primary schools will be required to teach about relationships, which can include LGBT families.

One of the most worrying aspects of the social engineering ambitions of so-called relationship pedagogy is that it seeks to bypass parental influence by targeting the very young.

It seems that sexualizing young children is fast becoming the vocation of the new pedagogy.

At first sight, it is difficult to understand why education policy in the UK is far more concerned with imposing its values regarding sex and identity on children than in tackling the literacy and numeracy crisis facing schools.

However, the statements made in defense of the new sex-obsessed pedagogy suggests that its aim is to distance children from the values of their parents and the community into which they were born.

Advocates of this program of social engineering dismiss the idea that parents actually know what is best for their child. As Lloyd Russell-Moyle, the Labour MP for Brighton Kemptown, asserted: You would no more have parents teaching about sex than have them teach science.

The attempt to usurp parental authority was most strikingly demonstrated in Scotland in 2018, when teachers were informed by the government that they should allow children to change their gender without informing parents. Guidelines endorsed by the Scottish government stated that children as young as three “should be supported to explore and express their identity.”

These guidelines explicitly presumed that it is the teacher and not the parent who ought to possess the authority to provide the conditions that allow children to transition to another sex. The document entitled “Supporting Transgender Young People: Guidance For Schools In Scotland,” insisted that teachers should not inform parents if their child changes gender in school, unless the child, who may well be as young as four, gives permission.

Fortunately, in a rare victory for common sense – after protest and public pressure – the Scottish government was forced to rescind its guidelines. However, the sex- and identity-obsessed educational activists are likely to redouble their effort to colonize the internal life of young children. Mobilizing parents to protest against the indoctrination of their children is essential to loosen the grip of the social engineers on the moral life of our children.