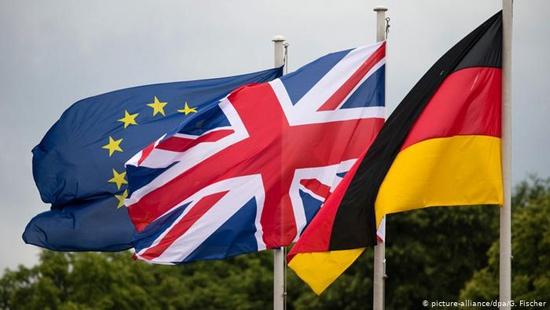 BERLIN (Reuters) – The risk of a disorderly Brexit will remain even after Britain leaves the European Union (EU) this week, Germany’s powerful BDI industry association said on Tuesday, urging both sides to aim for a basic trade agreement by the end of the year.

BDI Managing Director Joachim Lang said there were no reasons to sound the all-clear now that Britain’s departure will be governed by a formal withdrawal agreement, since the transition period agreed only lasts until the end of the year.

That would not leave enough time to secure a comprehensive free trade agreement, he said, as such a deal touches on areas that would need ratification from all 27 national parliaments in the bloc and some regional parliaments.

“It’s impossible to complete such a project by the end of the year,” he told reporters in Berlin.

Since negotiators on both sides would need significantly more time to reach a comprehensive trade agreement it was a “grave mistake” on Britain’s part to rule out extending the transition period, Lang warned.

Prime Minister Boris Johnson, elected on a promise to “Get Brexit Done”, has ruled out extending the transition and is in the process of making it illegal to do so, leaving only 11 months to seal a deal between the world’s fifth biggest economy and its largest trade bloc.

Failure to reach an agreement by the end of the transition could deliver a chaotic or hard Brexit, throwing up legal barriers to trade and travel overnight and halting the cross-border flow of everything from nuclear isotopes used in medicine to car parts.

By the end of the year, the EU and Britain could only aim for a basic trade agreement on matters that lie within the bloc’s sole responsibility, Lang said, but such a deal would exclude tariffs and quotas.

The German industry group also urged the EU and its 27 member states to remain strong and united in negotiations with Britain. “The EU must leave no doubt: If you want to deviate from EU rules, you will not get the best access to the largest single market in the world,” Lang said.

Tesla Is On Track To Deliver 1 Million EVs In 2021

The New Energy Reality Is A Massive Opportunity For Investors