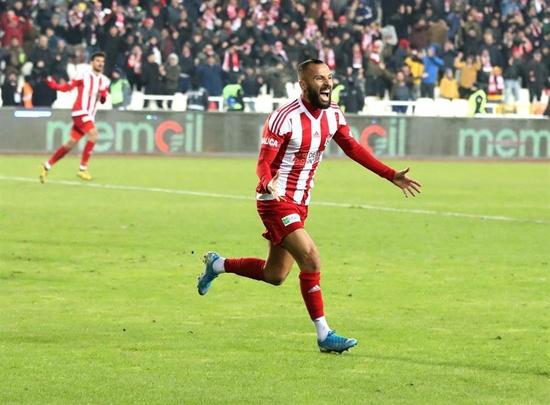 Playing at Yeni Sivas 4 Eylül Stadium, neither team was able to break the deadlock in the first half.

The result helped DG Sivasspor stay at the top of the Turkish Süper Lig with 41 points.

Fenerbahçe jumped to second place with 37 points as the Yellow Canaries defeated Medipol Başakşehir 2-0 on Jan. 26, and Başakşehir are currently in third place with 36 points.

In Jan. 26’s match, Galatasaray hammered Konyaspor 3-0 away to stay in sixth place with 33 points.

Meanwhile, Jan. 27’s Super Lig game between BtcTurk Yeni Malatyaspor and Trabzonspor was postponed by the Turkish Football Federation due to the deadly quake in Turkey’s eastern Elazığ province.

The Malatya province is just west of Elazığ.