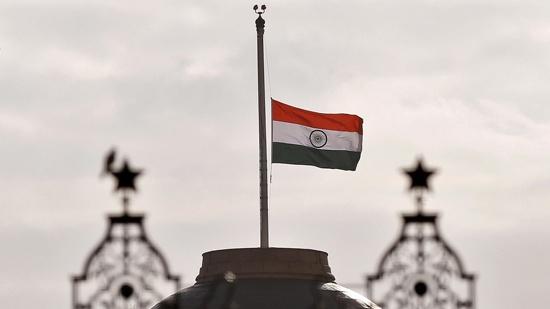 With a successful testing of its K-4 nuclear-capable, submarine-launched ballistic missile under its belt, India is seeking to develop the K-5, a long-range ballistic weapon that could reach well beyond its Asian neighborhood.

The state-of-the-art K-4 missile reportedly flew 2,200km (1,367 miles) after its launch from a submerged pontoon in the Bay of Bengal on Sunday. The pontoon blast-off was designed to simulate a launch from a submarine without putting an actual submarine at risk in the event of the missile suffering a catastrophic failure.

While the K-4 had been tested before, this was the first long-range test, and, according to sources who spoke to local media, it “met all desired parameters.”

The next-in-series K-5 missile is expected to have a strike range of between 5,000-6,000 kilometres (3,107-3,728 miles), which will match the Agni V, India’s current land-based intercontinental nuclear-tipped missile. The K-5 will reportedly be capable of carrying four MIRV warheads of 500kgs each.

K5-equipped subs will see India join an expensive club that so far only includes the United States, Russia, and China. Indeed, by successfully adding the K-5 missiles to its arsenal, India will show that it is armed with the ultimate nuclear triad, the capability of striking an enemy by air, land, or sea.

India’s Strategic Forces Command (SFC), which is responsible for the operation of the country’s nuclear forces – developed with tacit support from Russia – currently has two ballistic missile nuclears subs (SSBNs); the Arihant and Arighat.

The first domestically-built nuclear-powered submarine, the Arihant (‘Slayer of Enemies’ in Sanskrit) completed its first deterrence patrol in 2018, a Cold War era practice whereby a nuclear-armed submarine is deployed in peacetime to a position from which it could attack an enemy country. The SFC also has a Chakra (Akula II Class) nuclear attack submarine (SSN) on a 10-year lease from Russia.

The K-series missiles, named after former Indian president and rocket scientist Abdul Kalam, were developed to be carried on board the Arihant class subs. Each submarine is designed to carry either four K-4 missile, or 12 shorter range K-15 missiles.

Nuclear triad… with some gaps

The K-4 missiles offer India the ability to strike major cities in its two nuclear-armed neighbors – Pakistan and China – from sea, but there are still parts of China in particular, where nuclear forces are located deep inland and beyond the K-4’s range. Here, India will need to rely on the successful integration of the K-5s.

The ability to launch long-range weapons from a submarine is perhaps the most important element in the nuclear triad, because it guarantees a second-strike capability in the event of a devastating and disarming nuclear strike on land. Unlike bombers and ground-based missile systems, it is not so easy to locate a submarine hiding somewhere deep beneath the vast ocean.

With the K-5 missiles launched from sea, India could potentially target not just all of Asia, but locations in Africa, Europe and parts of the Indo-Pacific region, including the South China Sea, where numerous regional territorial disputes are still simmering.

India’s recent flurry of development in its nuclear forces also comes at a time when the Chinese Navy is increasingly active in the Indian Ocean region. While New Delhi’s sub fleet is twice the size of that of its arch-enemy and neighbor Pakistan, it lags well behind rapidly-advancing Beijing. Developing its capacity to retaliate successfully against China could therefore significantly reduce the risk of all-out conflict.

As for anything beyond the K-5, however, a senior official told the Hindustan Times that while the country does have the capacity to build an even longer-range nuclear missile of intercontinental range, that decision “lies with the government” and no such decision has been made.

For now, it looks like India’s national strategic ambitions are focused on fielding a credible deterrent primarily against its potential adversaries in Asia.