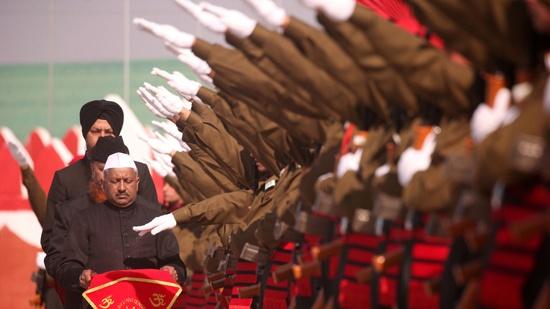 Indian PM Narendra Modi says the Indian military could take down neighboring Pakistan within a week – 10 days at most. Both regional rivals are nuclear-armed powers.

Speaking at the National Cadet Corps Rally in Delhi on Tuesday, Modi lamented the “inaction” of his predecessors who were reluctant to use military force against Pakistan. He said that even when India’s top brass “asked for action,” the political leadership “would not go ahead,” but instead conducted what he called “a proxy war” with Pakistan as a law and order issue, rather than one requiring a military solution. The prime minister said he believes Pakistan would not stand a chance if a military confrontation broke out between the two.

The two regional archrivals have fought three major wars and have been involved in numerous smaller skirmishes, most of them over the disputed Kashmir region, since both gained independence from Britain.

While India’s conventional military might is no match for Pakistan, India’s army of 1.2 million vastly outnumbers Islamabad’s 560,000 troops. Pakistan levels the playing field with its sizable arsenal of nukes.

According to estimates by the Stockholm International Peace Research Institute (SIPRI), Pakistan has 140-150 warheads, while India probably “only” has around 130-140. Although India’s delivery mechanism is much more enhanced, that won’t matter much in case of an all-out war breaking out between the two, as a single strike can inflict mass casualties and result in devastating consequences for the whole region.

Indian and Pakistani politicians have been frequently using harsh language to criticize each other. However, speaking to reporters at the World Economic Forum in Davos, Switzerland last week, Pakistani Prime Minister Imran Khan said that in terms of open warfare, the rivals are “not close to a conflict right now.” He called on the international community to do more to prevent the current tensions from getting worse.

The closest India and Pakistan came to the brink of war in recent years was in February of last year, after India launched airstrikes on the Pakistani-controlled part of Kashmir after a Pakistan-based militant group killed dozens of Indian police on the disputed territory. While New Delhi claimed it was targeting terrorist hideouts, Islamabad denied allegations it was harboring militants and carried out retaliatory shelling.

The standoff culminated in a series of aerial dogfights that saw an Indian pilot being captured by Pakistan. Although the two countries refrained from deploying their nukes, a much-feared scenario by many, there were reports at the time that they were a hair’s breadth away from considering the option in earnest.