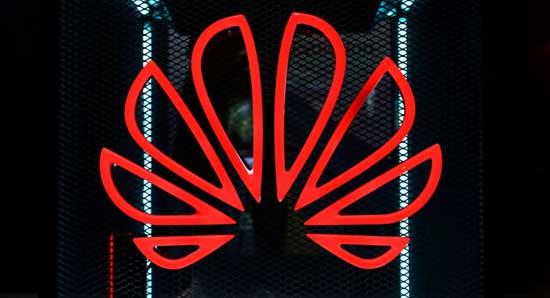 After a UK National Security Council meeting on Tuesday, it was announced that Huawei would be granted a limited role in building the nation’s 5G networks across the country, putting an end to months of political pressure from US leaders over the Chinese tech giant’s participation in the fifth-generation technology rollout.

Boris Johnson is seeking to avoid further confrontation with Washington over Huawei by assuring Donald Trump that Britain will never again be allowed to become reliant on Chinese technology, reports The Telegraph.

In a phone call with the US President, Johnson reportedly said Britain would cooperate with Washington to “break the dominance” of companies like Huawei, towards the ultimate goal of squeezing the Chinese tech giant out of the UK’s infrastructure altogether.

Whitehall sources are quoted by the outlet as saying the two leaders agreed that the UK and US should “put our brains together” to rule out China’s “technological stranglehold” on Western countries in the future.

The publication writes that according to Downing Street, in his call with Trump on Tuesday, the UK Prime Minister “underlined the importance of like-minded countries working together to diversify the market and break the dominance of a small number of companies”.

“We agree with the US that we must develop alternative suppliers. And we’re working on an ambitious strategy. To achieve this, over time, the intention is for [Huawei’s] share to reduce as market diversification takes place. We want to get to a position where we do not have to use a high-risk vendor in telecoms,” a Whitehall source is quoted as emphasising.

“The Prime Minister wants UK consumers and businesses to benefit from world-class connectivity. This would never be at the expense of our national security. The decision we have taken will protect our security interests while ensuring we seize the opportunity for 21st century technology.”

“It is essential that we are never again in a position of having such limited choices when deploying such important new technologies.”

Home Secretary Priti Patel, who had earlier dropped her opposition to the Huawei decision, was also cited by the publication as promising that a repeat of the Huawei crisis would be ruled out:

“We’re calling on our allies to accelerate innovation…so that when the time comes to build our 6G or 7G networks…none of us have to deal with this kind of dilemma again.”

On Tuesday, Johnson announced that Huawei will be allowed to continue developing the 5G mobile network in the United Kingdom, but a new law will impose certain restrictions. Boris Johnson will be introducing legislation on Huawei later this year.

Huawei was thus granted permission to continue building “non-core” parts of Britain’s fifth-generation super-fast technology rollout, such as masts, despite being designated a “high risk vendor” by the government. Furthermore, Huawei will not be allowed to build masts covering “sensitive sites” like military bases or nuclear sites, and the Chinese company’s share of the new market will be capped at 35 percent for each of Britain’s four mobile phone operators.

The Huawei decision was finalised at a meeting of ministers and intelligence chiefs during a National Security Council meeting chaired by the Prime Minister, after a review of Huawei’s 5G involvement that spanned almost a year.

On the home front, the Huawei decision riled up Tory backbenchers, with senior Conservatives having reportedly vowed to try to modify the legislation to completely ban Huawei from the 5G network.

In the House of Commons, former defence secretary Penny Mordaunt condemned the decision as “regrettable”, as David Davis, the former Brexit secretary, said “the only way to protect our safety is to ban [Huawei]”.

While there was no official comment from Donald Trump himself, the publication writes that some of the US President’s Republican allies slammed the decision.

Calling for a “thorough review” of transatlantic intelligence-sharing, Tom Cotton, the Republican senator for Arkansas, said:

“This decision is deeply disappointing for American supporters of the Special Relationship. I fear London has freed itself from Brussels only to cede sovereignty to Beijing. Allowing Huawei to build the UK’s 5G networks today is like allowing the KGB to build its telephone network during the Cold War. The Communist Party of China will now have a foothold to conduct pervasive espionage on British society and has increased economic and political leverage over the United Kingdom.”

“By allowing Huawei into their 5G network, Boris Johnson has chosen the surveillance state over the special relationship. Tragic to see our closest ally, a nation Ronald Reagan once called “incandescent with courage”, turn away from our alliance and the cause of freedom.”

US Secretary of State Mike Pompeo’s two-day visit to London on Wednesday with scheduled meetings with Boris Johnson and Dominic Raab is anticipated to shed more light on the potential intelligence-sharing and post-Brexit trade deal fallout from the Huawei decision.

Security sources are cited as saying in private that none of the country’s allies have suggested that cooperation would be reduced despite vocal warnings of intelligence-sharing being undermined over Britain’s decision on Huawei, which has been supplying equipment in the UK since 2003,

Previously, the security of telecommunications networks was discussed in a phone call between US President Donald Trump and Prime Minister Boris Johnson on Friday, 24 January, amid reports that UK officials were prepared to snub Washington’s calls to ban Huawei from participating in Britain’s 5G build-up and supplying equipment.

The Trump administration had given a series of warnings about the security risks in the run-up to the decision, with Washington repeatedly claiming that Beijing could use the company’s equipment for spying.

US officials have long maintained that Huawei has been engaging in surveillance activities on behalf of the Chinese government – allegations that have been strongly denied by the company and Beijing.

The Trump administration banned the telecom provider and 68 of its subsidiaries from working with American companies starting in May 2019, while maintaining pressure on its allies to avoid conducting business activities with the firm.