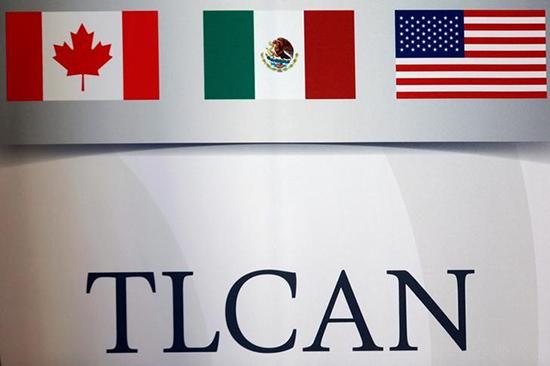 WASHINGTON (Reuters) – U.S. President Donald Trump will sign a new North American trade agreement on Wednesday in an outdoor ceremony at the White House to be attended by about 400 guests – but not the key Democrats who helped secure congressional passage of the deal.

Guests invited to the South Lawn signing include lawmakers from around the country, workers, farmers, and CEOs, as well as officials from Mexico and Canada, a White House official said.

Not invited were House Ways and Means Committee Chairman Richard Neal and other Democrats who negotiated for months to expand the pact’s labor, environmental and enforcement provisions and ensure the approval of the Democratically-controlled House, said sources familiar with the situation.

The event takes place in the middle of Trump’s impeachment trial, amid signs that some of his fellow Republicans may allow the calling of witnesses like former national security adviser John Bolton.

Trump’s legal team on Tuesday sought to minimize the importance of an unpublished book manuscript by Bolton that describes Trump’s central role in a pressure campaign aimed at getting Ukraine to investigate Joe Biden, a top contender for the Democratic nomination to face Trump in this year’s election.

Trump had made renegotiating the 26-year-old North American Free Trade Agreement (NAFTA) a major campaign issue in 2016, and plans to tout its replacement at events in coming weeks as he campaigns for a second term in office.

“Along with members of Congress, state and local leaders, and workers from across the country, including farmers, ranchers, and entrepreneurs, President Trump will celebrate another promise made, promise kept to the American people when he signs the U.S.-Mexico-Canada Agreement (USMCA),” White House spokesman Judd Deere said.

“USMCA rebalances trade in North America, replaces the job-killing NAFTA, ends the outsourcing of American jobs, and invests in the American worker,” he said.

The United States-Mexico-Canada Agreement must still be ratified by Canada before it can take effect. The U.S. Senate this month overwhelmingly approved the legislation, sending the measure to Trump for him to sign into law.

The Mexican parliament has already approved the deal.

Congressional aides said it could take several months before the trade accord is implemented, since the three countries must show they are meeting its obligations before the clock starts ticking on an effective date.