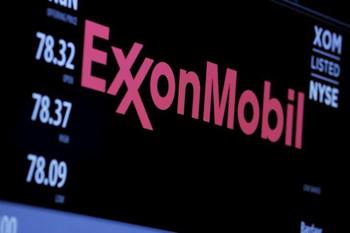 Ahead of ExxonMobil’s fourth quarter earnings report, the oil major’s share price dropped to its lowest level in 10 years.

Former CEO Rex Tillerson presided over a period of high spending and few new discoveries. Since Darren Woods took over, the oil major has kept spending elevated, engaging in a “counter-cyclical” strategy to boost production growth. That is a diplomatic way of saying Exxon is gambling by spending tens of billions of dollars on new projects at a time when the oil market is already oversupplied and faces long-term questions.

Exxon has large-scale projects in Guyana, Mozambique, the Permian and the downstream petrochemical sector on the U.S. Gulf Coast. The company has spent heavily on these projects for years.

To be clear, these are not just risky projects because of short- and medium-term oil price movements. They are also major bets against climate action. Most of Exxon’s big investments won’t even come online until the mid-2020s, and they are slated to run for decades. Such investments could become stranded in the long run as climate policy tightens the noose. Exxon thinks they will be viable.

In the interim, however, Exxon ploughs ahead. And the results have been unimpressive.

Not since the depths of the global financial crisis has ExxonMobil’s share price traded this low. The problems afflicting the major are multiple. Exxon vastly overpaid for XTO Energy a decade ago, a $41-billion shale gas bet that did not pay off. Oil prices are stuck at a fraction of pre-2014 levels. Exxon is heavily spending at a time when investors are demanding restraint. The energy sector in general is out of favor, hit by both low prices and concerns about climate change and long-term demand.

Exxon is one of the largest oil companies in the world, so it’s not exactly facing an existential crisis, at least not anytime soon. But its position has steadily eroded over the past decade. As IEEFA notes, Exxon’s total payout to shareholders has been dwindling. Its dividends have gradually increased, but Exxon largely ended share buybacks after the market meltdown in 2014. In the first three quarters of 2019, Exxon bought back just $421 million in shares, down from $34.9 billion in 2008.

More importantly, Exxon is spending more than it is earning after accounting for such shareholder distributions. That is, Exxon earns positive cash flow, but it is diverting so much money to shareholders that it has to finance those payouts by selling off assets or taking on debt. “Exxon has paid $76 billion more to its shareholders since 2015 than its core business operations have generated—with prominent ‘deficit spending’ through most of 2009 through 2018,” Clark Williams-Derry wrote in the IEEFA report.

To pay for the gap, Exxon has taken on more debt. It had $5 billion in debt in 2005, but that number ballooned to over $20 billion by 2018. Exxon also has plans to sell off $25 billion in assets through 2025. “ExxonMobil is no longer the financial powerhouse it once was,” Clark Williams-Derry wrote.

The oil major is not slowing down. It just announced its 16thoil discovery in Guyana, where its first project also recently came online. By the mid-2020s, Guyana could be producing 750,000 bpd, up from nothing before Exxon arrived.

It also hopes to scale up Permian production to around 1 million barrels per day by 2024. But questions about the viability of positive cash flow continue to dog the shale industry, and Exxon is no exception.

The bad news for Exxon, at least in the short run, is that oil prices are showing little signs of life and refining margins have deteriorated in recent months.