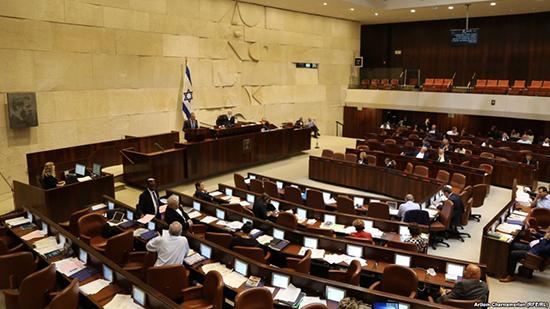 The Palestinians angrily rejected the Trump plan, which largely adopts the Israeli position on all the thorniest issues of the decades-old conflict

JERUSALEM: A senior Israeli minister said on Wednesday that a Cabinet vote to endorse annexation of parts of the West Bank will not take place early next week, despite Prime Minister Benjamin Netanyahu’s pledge a day earlier to act quickly after the U.S. released a plan to end the conflict that was rejected by the Palestinians.

Netanyahu said he would ask the Cabinet to advance the extension of Israeli sovereignty over most Jewish settlements and the strategic Jordan Valley, a move that would likely spark international outrage and complicate the White House’s efforts to build support for the plan.

Tourism Minister Yariv Levin told Israel Radio that a Cabinet vote on annexing territories on Sunday was not technically feasible because of various preparations, including “bringing the proposal before the attorney general and letting him consider the matter.”

The Palestinians angrily rejected the Trump plan, which largely adopts the Israeli position on all the thorniest issues of the decades-old conflict, from borders and the status of Jerusalem to security measures and the fate of Palestinian refugees.

Levin, a senior member of Netanyahu’s Likud party, said the Palestinian state envisioned by the Trump plan is “roughly the same Palestinian Authority that exists today, with authority to manage civil affairs,” but lacking “substantive powers” like border control or a military.

The Trump administration had hoped to rally Arab countries around the plan, but so far reactions have been mixed. Saudi Arabia and Egypt, key U.S. allies, welcomed the effort and encouraged negotiations without commenting on the plan itself.

Jordan, which has a peace treaty with Israel, has warned against any Israeli “annexation of Palestinian lands,” reaffirming its commitment to an independent Palestinian state in the West Bank and Gaza with east Jerusalem as its capital.

The head of the Arab League said Wednesday that an initial study of the 50-page plan showed that it “ignored legitimate Palestinian rights in the territories.”

Ahmed Aboul-Gheit said the Palestinian response would be key in shaping a “collective Arab position” on the plan.

“Achieving a just and sustainable peace between the Israelis and the Palestinians depends on the will of both sides,” he said. “The peace plan announced by the U.S. president reflected a non-binding U.S. vision.”

The Palestinians seek the West Bank and annexed east Jerusalem, which Israel captured in the 1967 Mideast war, as part of a future independent state. Most of the international community considers Israel’s West Bank settlements illegal under international law.

Turkish President Recep Tayyip Erdogan said Jerusalem is “sacred” for Muslims and that any plan that would give “Jerusalem to Israel will never be acceptable.” Erdogan told reporters the measures announced by Trump amounted to a “legalization of Israel’s occupation” of Palestinian territories.

“The plan that was announced will not serve peace or a solution,” the state-run Anadolu Agency quoted Erdogan as saying.

Hard-line Israeli nationalists have meanwhile called for the immediate annexation of West Bank settlements ahead of the country’s third parliamentary elections in under a year, scheduled for March 2.

They have eagerly embraced the part of President Donald Trump’s peace plan that would allow Israel to annex territory but have rejected its call for a Palestinian state in parts of the occupied West Bank.

Israeli Defense Minister Naftali Bennett tweeted Wednesday that “that which is postponed to after the elections will never happen.”

“If we postpone or reduce the extension of sovereignty (in the West Bank), then the opportunity of the century will turn into the loss of the century,” said Bennett, a hawkish Netanyahu ally with the New Right party.

He cautioned that annexation would lead to “a reality of two legal systems for two populations in the same territory — one ruling, the second occupied. In other words, an Apartheid state.”