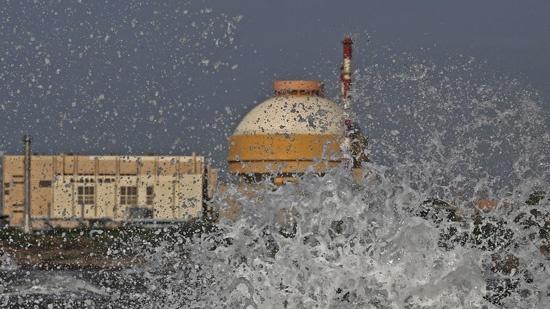 Following the success of a joint Indo-Russia nuclear power project in Bangladesh, the two countries could join hands to build more nuclear plants abroad. It’s a sign of deepening ties, but will the US let it pass?

The Indian ambassador to Russia, Venkatesh Varma, recently announced that India could collaborate with Russia to launch new projects in Africa and the Middle East. He stated, “Russia already has agreements in this field with a number of African countries,” adding, “Ethiopia is one of them, and there are some countries in the Middle East.”

Russia – a leading player in the international commercial nuclear energy market, offering turnkey projects to over 33 countries globally – has been a key partner for India’s own nuclear energy programme. In fact, the nuclear plant at Kudankulam in South India was built with Russian assistance. Furthermore, since 2018, Indian companies have been working in collaboration with Russia’s state atomic energy agency, Rosatom in building two nuclear power plants at Rooppur in Bangladesh. The project is expected to be completed by 2023 at a cost of $13 billion.

As a non-member of the Nuclear Supplier Group (NSG) – a group 48 nuclear supplier countries that seek to prevent misuse of nuclear technology that could be used to manufacture nuclear weapons – India is only permitted to perform construction and installation works, personnel training and the supply of materials and equipment in the “non-critical” part of the Bangladesh project. Still, it’s been a huge opportunity for Indian companies to develop expertise in the construction of nuclear power plants.

News of more possible joint nuclear projects abroad clearly shows a deepening of the partnership in civilian nuclear energy – and also adds a new dimension to the Russian-Indian relationship in general.

India’s longstanding friendship with Russia that dates back to the Soviet era has evolved over the years. Both countries share a common view for a multi-polar world order, and bilateral strategic cooperation that has expanded over the years now encompasses defense, civil nuclear energy, space, science, technology, hydrocarbons, trade and investment. In recent years, the relationship seems to have gained a qualitatively new character, marked by several high-level interactions and a close personal rapport shared by Indian Prime Minister Narendra Modi and Russian President Vladimir Putin.

This is also evident in developments such as the recent procurement of high-value defence equipment by India, in particular, the state-of-the-art S-400 missile defence system which New Delhi acquired despite the threat of US sanctions. Significantly, India is the largest buyer of Russian arms, with exports touching $14.5 billion last year and over 60 percent of Indian military inventory is of Russian origin. Cooperation in the field of hydrocarbons has also been stepped up with Indian companies making large investments in Russian regions where India has expressed interest in mining for resources, like the Far East and the Arctic.

The evolution of Indo-Russia ties and the timing of the announcement for nuclear collaboration in Africa and West Asia, is likely to raise concerns in Washington DC, as preparations are underway for US President Donald Trump’s maiden visit to India in February. The United States, India’s other key strategic partner, is keen to cultivate India as its “alliance partner” in the Indo-Pacific region to counter growing Chinese influence. India’s wide-ranging cooperation including defence ties with the US has expanded over the past decade with the United States becoming India’s second largest defence supplier.

Despite that, the Modi government seems to have disregarded any displeasure voiced by the US and continued maintaining its ties with Russia. The threat of American sanctions is yet to have any visible effect on New Delhi, and thus has little bearing on its strategic decision-making.

Moreover, the Indian government is reportedly hoping to negotiate a favourable bilateral free trade agreement with the United States during Trump’s visit.

Overall, this goes to show that India has managed to position itself as an indispensable player in the region and the evolving world order as a whole, and however disgruntled the US may be by its longstanding relationship with Russia, it cannot afford to lose India’s good favor – and New Delhi will thus continue to reap the benefits of having two diverse, rival superpowers as key partners.