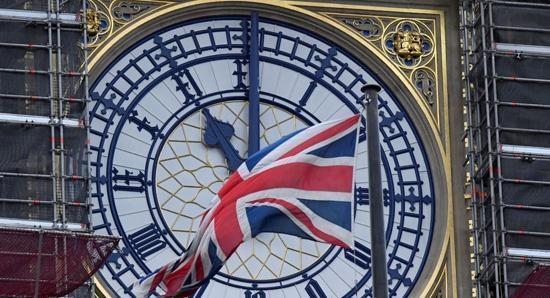 And so it’s official. The UK can have its cake crumbs and eat them. The divorce proceedings with the EU have been tortuous, but they’re likely to pale in comparison with what lies ahead for the UK, writes Rob Mudge.

Just over three and a half years ago, on the morning of June 23, 2016, I forced myself to forego my daily news junkie ritual of checking my constant news feed drip and traveled into work blissfully unaware at that stage of what had happened.

I had prepared two opinion pieces for the day. One for the highly unlikely event that the UK had voted to leave the EU, the other that we would — naturally — be remaining in the bloc.

I’m no friend of using these terms lightly, but I really was in a state of shock when I walked into the newsroom. My German colleagues told me later that I looked as if I’d seen a ghost.

Over the past couple of years the Brexit apparition has taken on a corporeal form. Even then I — naively as it turns out — clung to the hope that the country would come to its senses and reverse the decision. While friends and colleagues around me were applying for German citizenship, I put it off more or less until the last moment.

The empire strikes back

While I fully accept the outcome of a democratic vote, I still refuse to acknowledge the process that got us here: a plot based on misconceptions, lies and disinformation. Many of those who had the wool pulled over their eyes by the solipsistic and self-serving leaders, from Brexit architect David Cameron to current Prime Minister Boris Johnson, are proponents of a UK stuck in the past. The notion that a nation that once boasted an empire of colonies that it oppressed needed to rid itself of the EU’s shackles is ludicrous.

Those rules and regulations so despised by government figures both past and present were shaped and formed in some form or another by the UK. And if it didn’t like them, it opted out. No other EU member state has enjoyed so many exemptions and rebates.

The EU is not perfect, far from it. But to think that the UK will get a better deal with EU member states and other leading competitors is delusional. So far the UK has signed so-called continuity deals with countries such as Liechtenstein, the Faroe Islands, Georgia and Lebanon, to name but a few.

No disrespect intended, but they aren’t exactly economic powerhouses. No need to panic just yet though. Former Trade Secretary Liam “the-trade-deal-with-the-EU-should-be-one-of-the-easiest-in-human-history” Fox said at the time that he had 40 deals lined up to be signed the “second” after Brexit with, er, hang on, I’m trying to find that list …

How attractive to outside investors is a country that is hemorrhaging key industries and services as a result of Brexit? It doesn’t take rocket science to figure out why leading carmakers are shutting plants and moving to mainland Europe, or why key financial operators are moving to Paris and Amsterdam. Not to mention the brain drain when EU nationals who have been working in science and education pack their bags and leave.

But fear not, there is hope. One of the government’s Brexiteers living in a parallel universe is Brexit Secretary Steve Barclay. He said recently that 99% of wine consumed in the UK is imported. Once the UK leaves the EU, however, this “vital sector” would be able to thrive. I am not making this up. Two things: Has he ever paused to wonder why all that wine is imported? And since when has the UK’s wine-making industry been a “vital sector?”

Let’s take the level of ignorance one step further. And again, you couldn’t make this up. Brexit MEP June Mummery recently had an epiphany. She tweeted that once the UK leaves the EU it will no longer have representation in Brussels on fishing policy. If irony wasn’t dead already, this would be its death knell (She could always check whether Johnson has some kippers stashed away in a fridge somewhere).

Brexit will leave Britain broken, a disunited kingdom. Geographically it has always been removed from continental Europe. That distance will become increasingly palpable politically, economically and socially.

I may not be around to see it (a mixed blessing, in a way), but I predict that within the next 20 years, the UK will come begging with its tail between its legs to rejoin the EU — but the terms then will be infinitely worse than those it enjoyed for so long.

DW’s Rob Mudge is a British-born journalist living in Germany who has followed Brexit developments with great trepidation.

In like a lion, out like a kitten. Trump’s transition temper tantrum is ruining the conservative cause