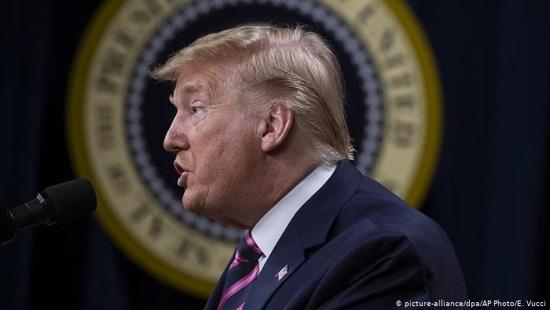 The US Senate is set to vote on whether to call witnesses in Trump’s impeachment trial. The outcome could prompt new and potentially damaging testimony — or bring a swift end to the trial. DW breaks down what to expect.

US President Donald Trump’s impeachment trial will reach a critical juncture on Friday as lawmakers in the US Senate prepare to vote on whether to call new witnesses.

Trump’s Republicans, however, have opposed the measure, arguing that enough evidence was presented during impeachment proceedings in the House of Representatives, the lower chamber of US Congress.

The result of the vote could either lead to new testimony that could potentially damage Trump and extend proceedings for weeks — or could see Republicans vote to acquit the president and end the trial as early as Friday.

What are the chances new witnesses will be called?

Despite Republicans controlling the Senate, it’s still not clear which way the vote will go.

With 53 lawmakers, Trump’s Republicans hold a slim majority in the 100-seat Senate. Democrats would need to convince at least four Republicans to vote in favor of calling witnesses in order for the measure to pass.

All eyes are currently on one other Republican senator — Lisa Murkowski — who is seen as undecided on the issue.

What happens if the vote is a tie?

In the event of a 50-50 vote, the chief justice of the Supreme Court, who has been presiding over the Senate trial, can step in to break the tie.

It’s unclear, and some analysts believe it is unlikely, that Chief Justice John Roberts would move to break the tie.

Should he decline to do so, the deadlock would essentially mean a defeat for the Democrats. Republicans could then call for a vote to acquit Trump and end the trial potentially on Friday.

What is Trump accused of?

The US president is accused of pressuring Ukrainian President Volodymyr Zelenskiy to investigate former US Vice President and potential 2020 election rival Joe Biden and his son Hunter and then withheld Congress-approved aid to Ukraine pending an announcement of that probe.

Lawmakers in the House of Representatives voted to impeach Trump in December, charging him with abuse of power and obstruction of Congress.