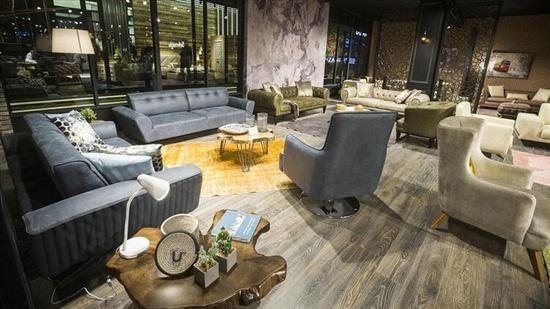 Turkey‘s furniture sector, which sells goods to nearly 200 countries and regions, has set a target of $4.5 billion in exports, an official told state-run Anadolu Agency.

Nuri Gürcan, the head of the Furniture Industry Businessmen Association (MOBSAD) told Anadolu Agency that the furniture sector is focused on countries with huge potential – like China – to boost exports, especially luxury goods.

“While per capita income is constantly rising in China, there is also an increase in luxury consumption. We are sending high-quality furniture to China, which is the world’s largest furniture exporter,” he said.

Turkey’s exports rose 12 percent to $3.5 billion in 2019 compared to the previous year, according to data from the Turkish Exporters’ Assembly.

MOBSAD members produce handcrafted furniture with a price per kilogram of around $15-20 in exports, while it is around $3.5 for the overall exports of the Turkish furniture sector, Gürcan said.

The added-value is an important issue for export incomes and all sectors should focus on raising it, according to Gürcan.

“Our priority is China, we join fairs in Shanghai and Guangzhou, our exports have been rising 100 percent annually to China during the last five years,” he said.

He also stressed that the Turkish furniture sector has an advantageous location compared to European countries.

“Due to China’s new Silk Route project, we will not reach only China, but also other far Asian countries,” he added.

Touching on the bilateral trade target of $100 billion between Turkey and the U.S., he said the U.S. is also a targeted country for the furniture sector.

Furniture mall project in US, UAE

“The furniture sector carries out projects, such as building a storage area and a furniture mall, to increase exports to the U.S.,” he said.

This step is expected to increase Turkey’s furniture exports rapidly while the country will have a permanent sales channel and a global brand.

Gürcan observed that Asian markets are important for the sector, but far away. “We should also focus on close markets where we can reach in 2-3 hours.”

Turkey’s share is around 12 percent in imports of neighborhood countries, he said, adding the country can raise it to 25-30 percent.

He added: “We should improve our brand value in our geography, especially in Russia.”