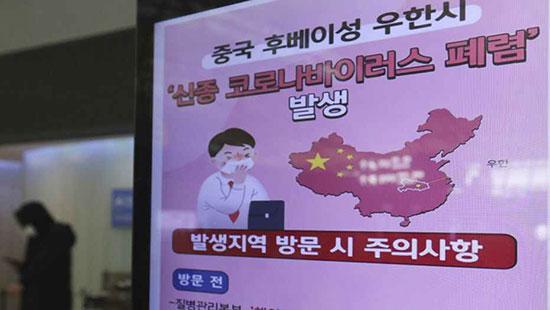 The World Health Organization on Thursday declared the new coronavirus outbreak a global emergency amid the recent jump in the number of infected patients.

“Our greatest concern is the potential for the virus to spread to countries with weaker health systems, and which are ill-prepared to deal with it,” Ghebreyesus added.

An outbreak of the virus — which has killed at least 170 people as of Thursday and infected a total of 7,834 — was first reported by Chinese officials after it originated at an animal and seafood market in the city of Wuhan.

Coronavirus, or 2019-nCoV, is now said to be transferable between humans; 38 new deaths and 1,737 new infected cases have been reported in the last 24 hours.

Roughly 99 percent of all cases of the virus — 7,736 infected people — have appeared in China but it has spread to at least 18 countries.

The number of coronavirus cases in China has surpassed the number of cases of Middle East Respiratory Syndrome (MERS) that occurred in mainland China during an outbreak in 2002 and 2003, but the coronavirus death toll has remained lower.

“We must remember that these are people, not numbers,” Ghebreyesus said.

The United States has seen six confirmed cases of the virus: two in California, one in Arizona, one in Washington state and two in Illinois, health officials said. The sixth case was confirmed Thursday in a Chicago resident, the spouse of the first confirmed travel-related case in Illinois. The new case marked the first in the U.S. that occurred via person-to-person transmission, CDC officials said.

Common symptoms of coronaviruses have resembled those of the common cold. Other strains of the virus such as Severe Acute Respiratory Syndrome (SARS) and MERS could cause pneumonia and possible death.

Ghebreyesus applauded the Chinese government’s “speed” in which it “detected the outbreak, isolated the virus, sequenced the genome and shared it with WHO,” and said China set “a new standard for outbreak response.”

He emphasized that the emergency declaration was not meant to “unnecessarily interfere with international travel and trade,” and “doesn’t recommend limiting trade and movement.”

Ghebreyesus also urged all countries around the world to work together to support weaker health systems, develop and distribute vaccines and prevent transmission of the virus.

Vandana Rambaran is a reporter covering news and politics at foxnews.com. She can be found on Twitter @vandanarambaran