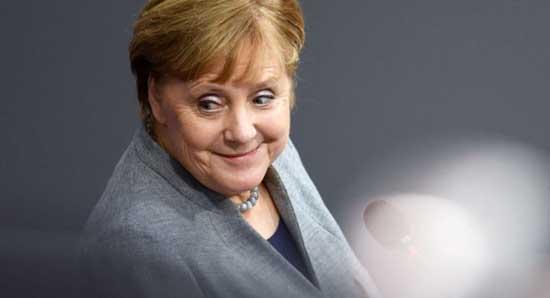 The Ifo estimate, seen by Reuters ahead of publication, put Germany’s current account surplus — which measures the flow of goods, services and investments — at some $293 billion in 2019.

It is the fourth successive year that Germany’s current account surplus has been the world’s largest, with Japan’s the next largest at $194 billion, according to Ifo calculations.

The International Monetary Fund and the European Commission have for years urged Germany, Europe’s largest economy, to do more to lift domestic demand and imports as a way to reduce global economic imbalances and stimulate growth elsewhere.

Germany’s current account surplus can mainly be attributed to the fact that far more German products and services are sold overseas than imported to Europe’s largest economy.

Merkel said last year: “We are proud of our cars and so we should be.” But she added that many were built in the United States and exported to China.

“Stronger exports to the U.S. due to the stronger depreciation of the euro and increased exports to the UK, where demand recovered somewhat, saw total German exports rise sharply again in the second half of the year,” he said.

“By contrast, imports expanded very weakly in the summer half of 2019 – the ongoing industrial recession in Germany severely curbed imports of intermediate goods.”

The European Commission, the EU’s executive, considers a current account surplus of 6% as sustainable over the long-term when measured by the size of a country’s economy.